Democracy: the worst possible system, except for all the others. What a good definition that is. One of the benefits of the internet has been the freedom people have to express their opinions and points of view to, literally, millions of people. Even in the more confined area of North Grenville and Merrickville-Wolford, I have been really amazed at how many people post on the Times’ Facebook page and web site. It certainly confirms something I have always believed, and which lies at the heart of this project: people, given the opportunity, really want to get involved in their local community.

Every day, in almost every post, thousands of people check in, read, and often write a comment, criticism, or add some further piece of information. We have seen how even national leaders can rule unimpeded simply by using Twitter to share their well-considered and intelligent thoughts on life, the universe, and everything. And so does Donald Trump. There are so many opportunities for involvement than any previous generation ever imagined, and this has got to be a good thing.

But there are unexpected consequences to this wider conversation that is taking place in our community and around the world. Aside altogether from the numerous nasty phenomena like hacking, identity theft, spam, etc., there are unpleasant surprises arising from the free flow of ideas and thoughts we enjoy via Facebook, Twitter, and the comments sections of websites. One of these surprises comes when we realise that there are people out there who sincerely hold views which we personally find repulsive. Nor are they in any way slow or ashamed to put their views out there: unashamed, because they honestly believe that their views are sensible, reasonable, and truly worth defending.

Sometimes, those views are upsetting to us, simply because we don’t agree with them. And that is fair enough. Democracy is based on the coming together of differing ideas and ideologies, and finding ways to work together, in spite of, sometimes even because of them. Any brief browse through the NG Times Facebook page or web site will show how divergent the views of local residents can be on issues. The more we get to talk to each other in a respectful and meaningful manner, the better our society will be able to tackle the issues that concern us.

So far, so good. But what this interchange of ideas sometimes reveals is that many viewpoints or attitudes are based on misunderstandings, even ignorance of the facts upon which we come to conclusions. I don’t mean differing views on the facts, but an actual misunderstanding of what the facts are. For example, a recent story in this paper about a local business has led to a very high number of posts and comments on our social media platforms. This has been a very positive thing, as the community have the opportunity of discussing the issue, and directing much of their ire at our municipal council. No problem there, in my opinion. Except that there is a tendency to condemn council as a whole, without noticing differences in the role and attitude that exists within council as a whole.

It is easy to skate over these details, and simply accept statements by fellow posters and commentators, without looking for further evidence. I am, by profession, an historian, and we historians like footnotes (or endnotes, we are quite liberal in that regard), we want to know where information comes from. Is it accurate, can it be supported by reputable sources, etc.? A well-known Canadian historian published a book a few years ago, called “Being Had”, in which he showed that some works of history contained footnotes that were made up by the writer. Not very ethical. But we are more and more aware in recent months (hi again, Donald) that people on Twitter and Facebook and other platforms simply make up facts to suit their argument, or to rationalise what they think and believe.

What all this means for us every day, given the importance of social media, is that we have a responsibility to think about what we read, to ask questions of it, to ensure that the source of what is said is reliable, ethically sound (not making things up), and worth basing our own thoughts on. Next year we’ll be electing a government for Ontario and a Municipal Council for our communities. Now is the time to start asking questions, making distinctions between individuals, and getting into the habit of looking beyond rhetoric, blanket statements made without supporting facts, and remembering that each one, each event, has a history. Social media sites can encourage immediate, short term thinking: beware of that. Don’t allow anyone to fool you into forgetting what has been said and done in the past.

The long and winding road

It’s all too much 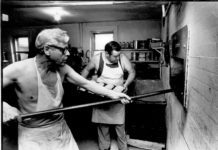