A few issues ago, I wrote about the leadership race in the Conservative Party of Canada [CPC], noting that it seemed the fight between the candidates was one for the soul of the party. It seems that others share that opinion. Most notably, Alberta Premier, Jason Kenney, has been heard to warn that the conservative provincial party in Alberta, ironically called the United Conservatives, is in danger of being taken over by those he called “lunatics” who are “trying to take over the asylum”.

He is in deep trouble himself, and facing a leadership review, he points the finger of blame for the disunity of the United Conservatives as what he sees as a far right element who have been actively infiltrating the party and signing up members in a bid to oust him. How dangerous does he think this element is in his party? In a recorded speech before staff, he said: “I will not let this mainstream conservative party become an agent for extreme, hateful, intolerant, bigoted and crazy views. Sorry to be so blunt with you but you need to understand what the stakes are here.”

This situation seems to mirror that of other conservative political parties in Europe and North America, where the rise of populist groups has become a source of concern in many democracies. The influence of social media platforms has enabled this growing influence, and the growing numbers of these groups, as well stemming from a deep distrust of anything that is seen as “mainstream”, whether that is in politics, the media, or other social groups. Conspiracy theorists like Qanon, no matter how far-fetched, based on no evidence, or on a severely flawed analysis of the facts, have fed into this suspicion and given it a form of legitimacy and a certain credibility far beyond reason or logic.

While it might be easy to dismiss Premier Kenney’s comments as being a problem for Alberta, he and others do not agree. He has also indicated that he is afraid of the same thing happening at the federal level in the context of the CPC leadership race. And there is some evidence that he may be right. Of the eleven individuals who have declared their candidacy, or are expected to do so before April 19, some are still calling for an end to mandatory vaccination certs, for example, even though the country has already moved to do so. Others promise they will defund the CBC and end all government supports for media generally.

One candidate, Joseph Bourgault, is also president and co-founder of Canadians for Truth, Freedom and Justice, an organization that claims that the pandemic is being used by “governments, who are controlled by globalists, to justify the so-called ‘great reset’ which we STRONGLY OPPOSE”. The views of Pierre Poilivere are well known and certainly reflect a more rightist position compared to some of the other candidates who seek a return to “traditional Conservative” policies and values. This group is generally seen as including Jean Charest and a few other candidates.

The leadership race is not one for the worker on a minimum wage. According to the CPC “Rules and Procedures for the 2022 Leadership” document on rules for the contest, to get into the race initially, you need to pay out a $50,000 deposit. Then you have to pay the rest of the $150,000 registration fee, a $100,000 security deposit, and provide 500 signatures of endorsement from party members (which must span at least 30 Electoral Districts in 7 provinces). The document limits expenses to $7,000,000, so a candidate needs deep pockets to even declare as a candidate.

But the deeper significance of the contest is to see whether the CPC goes the way of the Republican Party in the Excited States, or the Conservatives in the U.K., where both parties have changed their traditional policies and attitudes since 2016. Republicans, the one-time enemy of Russia and Communism, now seem content to submerge their identity in favour of blind obedience to a Great Leader, even going so far as to justify attempts to overthrow an election, violent attacks on their own legislature, and ignoring evidence of Russian interference in their democracy.

The British Unionist and Conservative Party, to give it its full title, has endorsed leaving the largest trading block available to them, choosing a known liar and charlatan who has been fired from almost every job he has had (not too many of them, either) for lying in print, and badly mishandling the pandemic, from which many of their friends and partners got very rich. In short, old-fashioned conservatism has been completely undermined and policies and attitudes which previous Conservative leaders would have considered unacceptable are now at the forefront of appeals for votes.

So, the situation exposed by Premier Kenney in Alberta is not in any way irrelevant to the rest of the country. The same situation exists here, also. Which way will the CPC go from this leadership contest? The strange thing is, in a way that is very much the same as the position of the Republicans to the south, there seems to be a real problem for the CPC if they go too far to the right. Although those candidates pushing in that direction have the most favourable ratings among party supporters in opinion polls, those are the very candidates most other Canadians would reject in a general election. Instead of ideology, it seems the most important thing for political parties these days, right, left, or centre, is not holding to a set of principles, but figuring out what they could promise that will get them elected. A very strange time in Canadian political history. The potential was once eloquently expressed by W. B. Yeats in The Second Coming: “Things fall apart; the centre cannot hold; Mere anarchy is loosed upon the world, The blood-dimmed tide is loosed, and everywhere The ceremony of innocence is drowned; The best lack all conviction, while the worst Are full of passionate intensity.”

Yes, we live in interesting times. Wasn’t that a curse?

Credit where credit is due 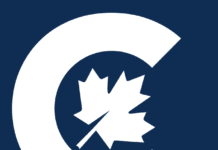