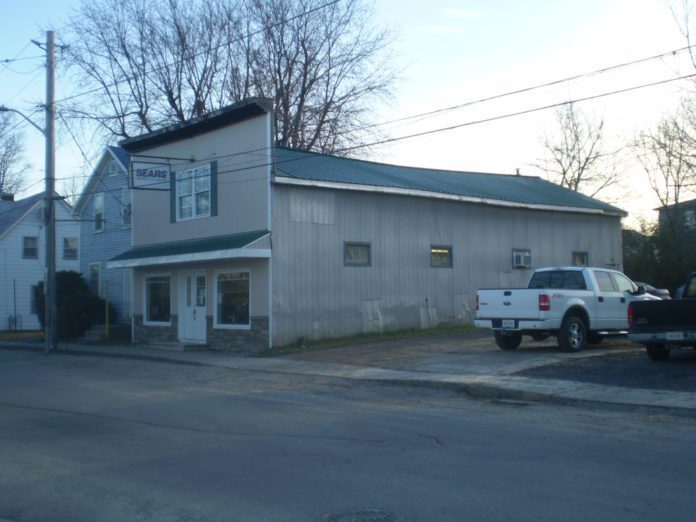 Many people in North Grenville will remember this building as the Sears Store; but long before the catalogues brought stoves and clothes to the people of the area, this was the headquarters of the Salvation Army Corps. In January, 1888, just over 130 years ago, a parade of men and women in uniform were seen marching down Asa Street towards Prescott Street, accompanied by loud music and singing. The Salvation Army had arrived for the first time, and as they turned up Prescott Street and crossed the bridge, many curious onlookers followed along to see what was happening. The first meetings were held either outdoors, or in a disused billiard room on Asa Street, across the road from where the Salvation Army Thrift Store now operates.

But a more permanent home was built on Water Street, with timber provided by Charlie Hagan. The Clothier Saw Mill cut the logs into lumber. The Army operated from this Hall until 1959, when a new Hall was opened on Oxford Street, where the Army still operates.

But it was in the Water Street Hall that the Army first began to preach the Gospel and reach out to surrounding communities, including Oxford Mills, where they established an “ outpost” for many decades. Among those who attended the meetings in the Water Street Hall was a young G. Howard Ferguson, who would go on to become Premier of Ontario. It is a building, now lying unused, which has seen many glorious meetings, much music and song, and had a major impact on the lives of many local residents over many years.

The second photograph shows Ellen Burley and the Army Band in the old Hall soon after it was built. 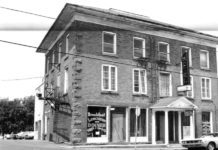