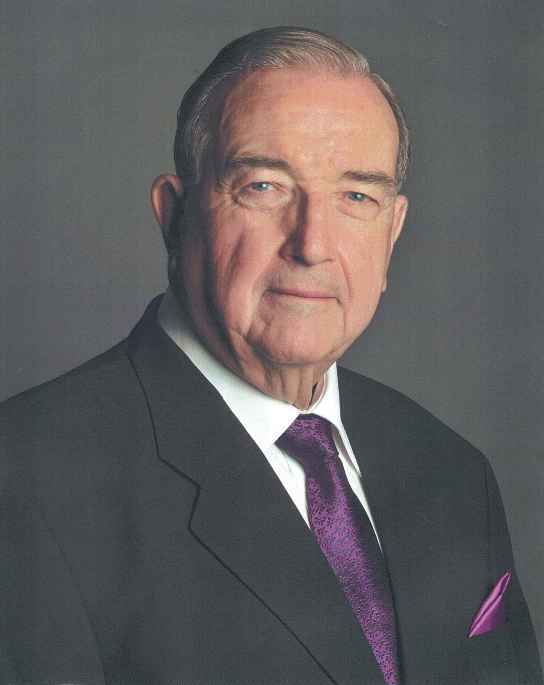 The death of Gerry Tallman marks yet another sad passing of a special generation of men and women who made North Grenville what it is today. Gerald Keith Tallman was, without any doubt, the most successful business person to come out of this community, but he was so much more than that. Born in Burritt’s Rapids, Gerry became a central figure in the community for many decades.

When he died on May 2, at the age of 79, his passing was noted by people all over the country, as well as in his native place. The many people who worked with him on so many worthy causes remembered him as a quiet and gentle man who never forgot his roots, never believed he had to rise above North Grenville in order to be important. As another leading business figure in the community, Robert Noseworthy of Westerra Homes & Developments, noted:

“Gerry never forgot his roots, proven as he and his family chose to stay close to home and, live, work and play in North Grenville. Gerry was a kind gentleman who only spoke good words about everyone, and he was also a major philanthropist who gave generously of all of his resources to one and all.”

In fact, it was Gerry who encouraged Robert to come to North Grenville and set up his business here. He was always, both officially and unofficially, a great ambassador for this municipality. In a statement by the Municipality, it was pointed out that he was the inaugural recipient of the Harry Pratt Ambassador Award in 2016, recognized as a driven and creative leader, promoting the community of North Grenville.

“The support he gave to our community has had an incredible impact on all of our lives in North Grenville, and his legacy will carry on,” said Mayor Peckford.

The list of Gerald Tallman’s contributions to North Grenville is long and has had an impact on so many of us. He was part of the campaign to build the North Grenville Public Library building on Prescott Street, and the Tallman Room at NGPL serves as his memorial there. He was a strong supporter of the Beth Donovan Hospice; he was one of the sponsors of the annual OPP barbeques; and his contribution to the Kemptville Legion was deeply appreciated by everyone there.

One major contribution Gerry made to all of us was his fundraising efforts on behalf of the Kemptville District Hospital. Robert Noseworthy, who held the position of Chair of the KDH Foundation Board of Directors, remembered Gerry from his role as the Honorary Chair of the major fundraising drive that raised over $5 million for the Kemptville District Hospital Emergency Department. “As a result of that campaign, the community was proud to name the newly renovated emergency department at KDH, the ‘Tallman Family Emergency Department’.” Typical of Gerry’s philanthropy was the fact that he made the first donation to the fundraising efforts, contributing $500,000 to the cause.

Gerald also won numerous awards in his community, including North Grenville Citizen of the Year in 2006, and North Grenville Business of the year in 2013. He was awarded the Bill Thake Memorial Award in 2017, which recognizes and celebrates a volunteer who has shown outstanding commitment and leadership resulting in the growth and vitality of the Leeds Grenville economy.

Always an essential part of Gerry Tallman’s life, career, and community involvement was his wife of 55 years, Louise. Together, they were an unassuming couple who nevertheless played a continuing and powerful role in their community over all their decades together. Her contribution in all of this is also deeply appreciated, and her loss is greater than anyone’s.

Gerald Tallman’s business career is well documented elsewhere, and his incredible success with Tallman Truck Centres is a story without parallel in this municipality’s history. In business, as in his personal life, Gerry was recognized with many awards and tributes. But here we acknowledge his place in our community.

Local MPP, Steve Clark said it well and simply: “We’ve lost an incredible leader with the passing of Gerald Tallman. His generosity and kindness will be missed in North Grenville and our entire riding”. Robert Noseworthy also paid tribute to Gerry’s legacy: “We are all going to deeply miss Gerald, especially his kind and endearing manner. North Grenville, as well as Eastern Ontario has lost one of its shining lights and true caring individuals who brought only happiness and joy to everyone he met. Sincere sympathies to, his spouse Louise, his sons and his extended family of relatives and friends”.

In their statement on behalf of Council, Mayor Peckford and Deputy Mayor Jim Macmanaman stated: “On behalf of all residents and business leaders in North Grenville, Council would like to express our deepest sympathies to his family and the thousands of members of our community who were impacted by his impressive and unwavering support to North Grenville”.

The Irish have a blessing for times like these: Ar dheis Dé go raibh a anam, may his soul be at the right hand of God, to which we at the Times say “Amen”. Thank you Gerry Tallman for everything you did and everything you were to us.

A Private Graveside service will take place with immediate family only, due to COVID-19 restrictions. A Public Celebration of Gerald’s Life will take place at a later date. Donations can be made in Gerald’s memory to the Kemptville District Hospital Foundation or Christ Anglican Church, in Burritts Rapids.