With conflict continuing in Ukraine driven by the presence of hostile Russian forces, many Ukrainian families have been seeking safety in other parts of the world in the past few months. While not always publicized, some of these families have found asylum right here in North Grenville.

One local woman, who wished to remain anonymous, told the Times about a young family from Kiev that she and her family are hosting. The guest mother and her two boys arrived about three weeks ago, and their host has had plenty of help from neighbors, who have assisted with such tasks as bringing the guest to appointments to get an OHIP card and a social insurance number. Neighbours have also offered bikes, welcome gifts and games, the use of their swimming pools, offers of English tutoring, and more. “We managed to organize her new bank account and phone plan,” said the local host. “Everyone wants to help. When we needed two small bikes, 11 bikes appeared. They had their pick.

The decision to host came easy for the local family. The husband of the host who spoke with the Times has Ukrainian ancestors. They also felt a sense of connection with displaced Ukrainians because the guests led very similar lives to those of Canadians prior to the Russian invasion. “They had jobs, homes, cars, kids in school… and then in a blink of an eye, they were running for their lives,” the woman said. “We would hope that someone would do this for us if the situation arose.”

The local host emphasized that she and her husband are not the only family providing this selfless gesture locally. Other members of the North Grenville community are hosting Ukrainian families as well. The woman said that some preparation, such as cleaning, was needed before the guests arrived, but that there have been few challenges to speak of. One important aspect of hosting is having the appropriate space – she and her husband were able to provide empty bedrooms and a separate bathroom for the refugee family, while the rest of the house is shared. They take turns cooking, cleaning, and buying groceries. Helping the guest woman obtain OHIP coverage and a social insurance number, and aiding in her job search have been the biggest challenges, so it helps greatly to have the extended support of the community.

A question some readers may have is how to go about being a host themselves. In the host woman’s case, they found out about their Ukrainian guests through one of her husband’s clients at work. The guests didn’t know anyone in Canada and had wanted to go to the USA. However, Canada has a streamlined process for accepting refugees, so it was a better choice. “Now that they are here, they are very happy that Canada chose them,” said the host. Hosting is complete-ly voluntary, with no known grants or payments that the host is aware of. However, there is another benefit. “It’s been very rewarding so far, and with all the negativity in the world, it’s been an experience that has helped restore our faith in human kindness,” said the host.

More information on hosting a Ukrainian refugee family can be found by searching for two useful Facebook pages. One is called “Ukrainian Settlement Helpers Ottawa”, and the other is “North Grenville Helps Ukraine”. 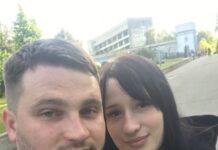 A city frozen, silent, and motionless 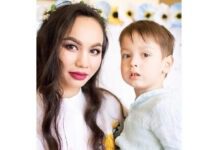 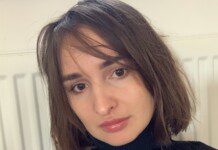