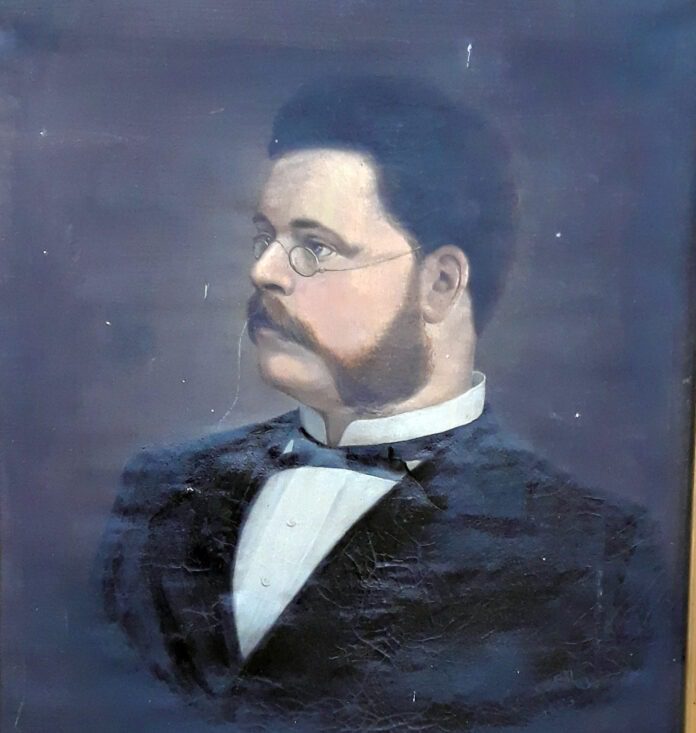 As reported elsewhere in this issue, the Oddfellows Lodge 279 in Kemptville has presented a portrait of Dr. John A. Jones to the North Grenville Historical Society. Dr. Jones was a charter member of the Lodge when it began in August 1890, and his story is a long and interesting one. We often think of people who were active in the later nineteenth century as being confined to that period, but John Jones lived until 1935, and so lived through a great part of Kemptville’s history.

Born in Kingston in 1854, he graduated from Queen’s University in 1874 and moved to Kemptville to begin his medical practice two years later. Aside from a short three years, he was a resident of the village for the rest of his days. As a local doctor, he was highly respected, and became one of the Coroners of the United Counties of Leeds & Grenville, and Assistant Surgeon for the 56th Battalion Lisgar Rifles. In 1903, Dr. Jones was described in rather glowing terms: “Dr. Jones is regarded by the fraternity as an exceptionally well-read and thoroughly posted practitioner, who regards medicine as a science, whose hidden mysteries are revealed only to the diligent student and whose beneficent results are obtained only by its proper application to the many and complex forms in which the ills of suffering humanity present themselves in everyday life. He has always enjoyed a large and successful practice and ranks as an authority on all obscure and difficult cases.”

The really intriguing section of that hymn of praise is where it states that Jones “regards medicine as a science”, which makes one wonder what other doctors in town considered it to be!

John Jones married Helen May Laing, whose father was the agent for the St. Lawrence & Ottawa Railway in Kemptville. They had three children together, but the family experienced great tragedy when their youngest, daughter Freda, died in 1909 aged just 19. Freda had qualified as a teacher in 1908, but contracted typhoid and died the following year. To add to the grief of the family, son Norman died at the age of 21 a year after his sister. John’s wife, Helen, died in 1927, at the age of 75, and John himself lived on to his 81st year, dying in 1935. Their surviving child, Helena, was the oldest of the three children, and outlived her parents and siblings, dying in 1951 at the age of 67. The family is interred in St. James’ Anglican cemetery in Kemptville.

Dr. Jones carried on his medical practice from his home on Prescott Street and was very involved in the social life of his community. According to the 1903 account cited earlier, “The doctor has always taken a great interest in all athletic sports and has done much to cultivate and encourage them, on the theory, no doubt, that ‘in a sound body is a sound mind’, and is always a central figure in all field days, public demonstrations or athletic contests. He was for many years a member of the School Board.”

His involvement with the Oddfellows was not his only connection to local fraternal societies. He was also a prominent member and Past Master of the A. F. & A.M. (Mount Zion) Lodge of Kemptville, a member of the Ancient Order of United Workmen (AOUW), and he was a charter member of the Independent Order of Foresters (IOF). At the time, these organizations were always at the heart of most communities around Ontario, providing fellowship and financial support to members, usually offering insurance coverage to individuals and businesses where no other such protection existed. The IOF continues to provide this service today, though in a different guise as Foresters Financial.

Like other friendly societies and fraternal organizations of the time, Foresters helped transform the insurance industry by extending insurance benefits to the average working family. In addition to admitting women as full members, which other societies refused to do, Foresters provided orphan benefits to the children of deceased Foresters members.

In time, many of these organizations amalgamated, including the IOF and the AOUW, and through it all, Dr. John Jones played his part. It is not easy for us to understand the role played by individuals like Jones through the various fraternal societies of their day. Before radio and TV, before social programs and easy transport, residents of small towns and rural areas relied on one another for social, commercial, recreational, and educational activities. Looking at the portrait of a younger John Jones, or a faded photograph of the elder doctor, it has to be remembered that he, and so many others like him, volunteered their time and talents to their friends and neighbours, just as so many continue to do today.

The man in the frame was not an anonymous figure from the past, and his portrait is a reminder of the fact that real men and women lived and died in our community over many decades, providing the foundation on which we and others have, and will, build. Their world was very different from ours, but they were people like us. One day, perhaps, future residents of North Grenville will look at our photos and wonder about us, too. 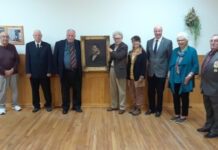