The impact of the Irish on Canada goes well beyond the immigrants who arrived here in droves throughout the Nineteenth Century. Most of those immigrants had arrived before the Great Hunger of the 1840’s, but they continued to settle in Canada in the decades afterwards also. In North Grenville, many of the business and political leaders were immigrants from Ireland, or children of immigrants. Men like Robert Bell, who was a founder of the Bytown and Prescott Railway Company and owner of the Ottawa Citizen newspaper. Elected politicians at both federal and provincial levels, such as Dr. Charles Ferguson and his son, G. Howard, or Francis Jones. But the impact of the Irish, and Ireland, on Canadian constitutional de-velopment was enormously important.

By the 1880’s, no Canadian Government could do without an Irish Catholic representative in Cabinet, such was the power of the Irish Catholic vote, especially in the older Provinces east of Manitoba. Irish Protestant influence was equally powerful, particularly through the Orange Order, which could list most leading politicians, including, it is said, Prime Minister Sir John A. Macdonald, among its members. And it was the influence of the Irish Members of Parliament that led to Resolutions being passed in the House of Commons in favour of Home Rule for Ireland in 1882.

Home Rule meant that Ireland would have the equivalent of a Provincial Government, located in Dublin, rather like Ontario’s in Toronto. The old Irish Parliament had been dissolved in 1881 and Ireland had been ruled directly from London ever since. The original Resolutions, introduced by John Costigan, had been fairly strong, but Macdonald managed to water them down before being voted on, partly because he feared the response of the Imperial Government in London, and partly because he was no supporter of Home Rule. In fact, he once declared that “[T]he Celtic races have never taken to self or Representative Government”, a strange attitude for a Prime Minister born in Scotland.

The Resolutions passed in the House were transmitted to London, and Macdonald’s fears were realised when Prime Minister William Gladstone responded with a polite version of “Mind your own business!”. The colonies, it was made clear, had no right to offer advice to the Empire and should mind their place in the hierarchy of things. Macdonald was humiliated and furious, and was determined never to make that mistake again.

Imagine his confusion, then, when, just a few years later, in 1886, Gladstone “converted” to Home Rule, introduced legislation in Westminister to bring Home Rule into being. The leader of the Liberal Party in Canada, Edward Blake, introduced new Resolutions in Ottawa supporting the British legislation. Once more, Macdonald attempted to refuse to have a vote on the resolutions, and when they passed in spite of more watered-down words, he even tried to prevent them being sent to Gladstone.

But something far more significant had happened. By welcoming Canadian resolutions in support of Imperial legislation, and accepting the right, if not the duty, of colonial governments to comment on Imperial legislation, Gladstone had transformed Canada’s constitutional position. It was a tentative first step towards what would become the Commonwealth, the Empire as a Family of Nations, rather than a collection of colonies. And it was in the context of Irish Home Rule, and through the activism of the Irish in Canada, generally, and in Parliament in particular, that this change came about. The definition of a Dominion would continue to develop from there.

In an interesting postscript, when Ireland achieved the freedom of most of its people in 1921, after years of war and agitation, the Treaty which resulted from the negotiations, and which defined the new Irish Free State in its relations with the British Empire, specifically gave it the same status as Canada. Ireland would have Dominion status within the Empire, a status which the events surrounding the Irish Home Rule Resolutions in 1882 and 1886 had done much to define. Following Independence, Irish officials worked closely with Canadian representatives in drawing up the Statute of Westminister in 1931, ending Britain’s right to legislate for the Dominions, and effectively establishing the Commonwealth.

The irish Free State changed its name to just Ireland in 1937 and left the Commonwealth, as it was believed a Republic could not be a member.

The events in the House of Commons in Ottawa in 1886, explicitly, and for the first time, saw Canadians state their right to speak and act as members of the Empire, rather than subjects of Westminister. 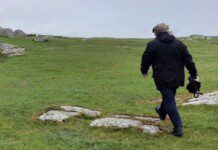 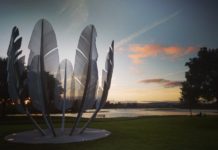