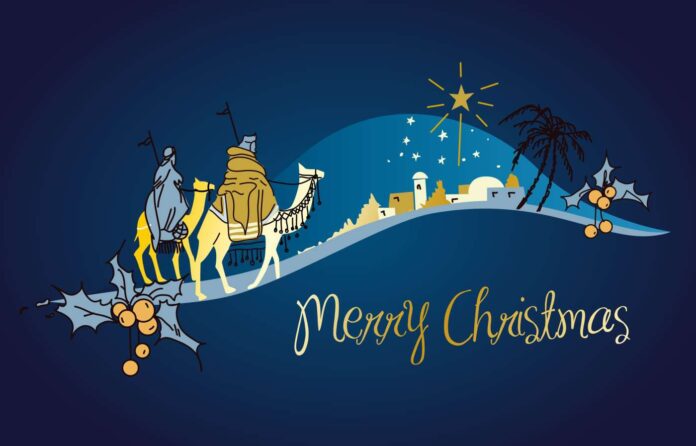 People have so many ways of relating to Christmas. Some people regard it simply as a secular holiday, a time of gift-giving and family gatherings. Some Christians don’t celebrate Christmas at all, because they think that it is just a pagan festival dressed up in Christian trappings. They point out that no-one knows exactly what time of year Jesus was born, and that Christmas was tacked on to the Winter Solstice festival of pre-Christian cultures. Personally, I think that’s completely irrelevant. If we want to take one day in the year to be able to talk about Jesus, then any day is fine with me. Let’s use a traditional celebration of light and hope to mark the greatest gift of light and hope ever known in our history.

Everybody knows the basics of the Christmas story, even if, to many, it is just a story. But many of the details of that story, Bethlehem, the manger, the angels, the shepherds, “no room at the inn”, and so on, come to us through Luke’s account. Luke was the historian of the New Testament, the writer who researched, interviewed witnesses, checked the political and social context, and gave us a reliable historical account of something that actually happened one day in Israel, whatever time of the year it was.

And behind Luke’s account is the core, the very heart of what Christmas is all about. Jesus was born. The entire Old Testament leads up to that moment. The entire New Testament flows from it. All of history centres on that birth, because of what the Bible tells us was really going on. Isaiah spoke about it hundreds of years before it happened.

“For to us a child is born, to us a son is given, and the government will be on his shoulders. And he will be called Wonderful Counselor, Mighty God, Everlasting Father, Prince of Peace”. [Is. 9.6]

Mighty God was born, and the angel told Joseph to call him Jesus, “because he will save his people from their sins.” Jesus means “God is salvation”, or “I am salvation”. That’s the real point here: Jesus was born to bring salvation, to heal the rift that exists between God and the human race, the rift that has plagued this planet for so long, that leads us to hate, kill, poison our planet and leaves us alienated and so alone in the deepest parts of us.

His birth was the start of a life that led to the cross and on to the Resurrection, Pentecost, and the beginning of a new life for his followers. A life that is as eternal and supernatural as his, where we adopted as sons of God, inheritors of his promises, what the New Testament has the incredible grace to call: co-heirs with Christ.

The writer of the letter to the Hebrews puts the birth and life of Jesus in this context: “In the past God spoke to our ancestors through the prophets at many times and in various ways, but in these last days he has spoken to us by his Son, whom he appointed heir of all things, and through whom also he made the universe”. [Hebrews 1.1-2] The Old Testament is the story of God speaking to people through people, revealing himself to them, showing them through the Law and the Prophets, and bitter experience, that they were cut off from their true destiny because of the Fall. But in Jesus, God himself came to speak, John calls him “the Word” which became flesh and lived among us.

The quote from Hebrews continues to tell us who Jesus is: “The Son is the radiance of God’s glory and the exact representation of his being, sustaining all things by his powerful word. After he had provided purification for sins, he sat down at the right hand of the Majesty in heaven”. [Hebrews 1.3] That had been the promise given by Isaiah also, that the child born, the son given, would be called “Immanuel” [Isaiah 7.14], and Matthew explains what the name means:

What happened on that first Christmas is that the Old Testament promises began to be fulfilled, God with us means salvation, healing of that breach that has separated us from God, eternal and abundant life for his people. A new birth into an everlasting life. No wonder it is still a time of great joy and celebration. No wonder the birthday of Jesus is still celebrated by the giving of gifts, even by those who have no idea why that is. They, and we, have been given the greatest gift – not loving ourselves, as that silly song says, but that amazing grace, that adoption as his children that is, not for the world, as so many mistakenly believe, but for those who are his. That is why Christians celebrate Christmas.

For those who have made that move, who believe he is Mighty God, Everlasting Father and Prince of Peace, then Christmas is a reminder of something that they live every day. Jesus is alive and God with us. The Christmas Story is not over, it continues through history, heading for another great arrival, the day and moment in history when he wraps up what started in a manger, and opens up an entirely new and unimaginable story that will never end.

As the saying goes: wise men still seek him.