On June 4th in the 35th draw of the third round of “Catch the Ace”, Susan Berndt claimed the jackpot amount of $13,404.00, when her ticket was drawn and the Ace of Spades was found in envelope 37.

Susan had gone to several vendors that day trying to get a ticket. Most vendors were sold out so she came to the Legion Hall prior to the draw to see if she could get a ticket there. Her ticket was among the last to go into the drum. The drum was then spun and Lion Chico Horricks reached in nearly to the bottom and pulled her ticket. Susan was overjoyed to hear her name called and happy to win the $474 weekly prize. She couldn’t believe her luck when the ace was turned over. Persistence pays off.

The Kemptville Lions Club would like to thank our vendors and everyone who supported this round of “Catch the Ace” by buying tickets.

Unlike the other rounds, the next round will not be starting immediately. “Catch the Ace” will return in early September. Visit facebook.com/kemptvillelions for more information as it becomes available.

The club wishes everyone a happy and healthy summer. 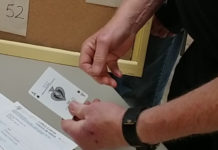 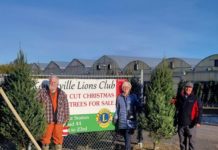 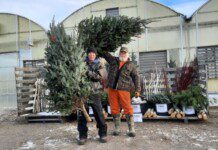