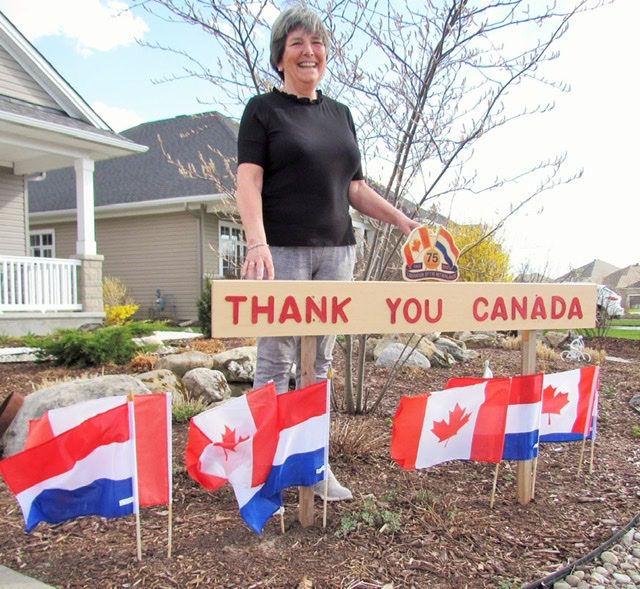 As a token of gratitude for offering the Dutch royal family a safe haven during the Second World War, the Dutch government have been sending hundreds of thousands of tulip bulbs to Canada every year since the war ended in 1945. Never has a friendship between two countries been stronger than the one between Canada and The Netherlands. Many Canadian veterans have travelled back to The Netherlands in the years after the war, and they always received the royal treatment. The Dutch never forgot.

For this year’s special celebration, preparations had been on their way for almost two years in The Netherlands, and here in Canada as well. Unfortunately, all the events had to be cancelled due to Covid-19. Heartbreaking for the people in The Netherlands, but also for the Canadian veterans, who might never get another chance to be part of this celebration of freedom in which they played such an important role. Almost 8,000 Canadian soldiers died when liberating The Netherlands.

To honour and thank all the Canadians who risked their lives to fight for other peoples’ freedom, I decided to make a Thank You sign, which we have put in our front yard at 102 Equinelle Drive in Kemptville, for every proud Canadian to see. Many neighbours are emailing, calling, and even stopping to chat, at a safe distance, to express their thanks and share a story about family members who were also part of the liberation. If you happen to see my husband, Henk, and I working away in the front garden, and you want to say hello and share a story, we will have our sign up until the Victoria Day weekend.

A huge thank you to my neighbour Bill Renaud, who helped with the sign.