Let’s talk about green manure as a tiny piece of the much bigger topic of sustainability in agriculture. Overall, sustainable agriculture is founded on three interconnected parts: economic profitability, economic stewardship, and social responsibility. Generally, it’s an approach to agriculture that is a long-term, holistic view of business, that focuses on both economic and environmental stability, in both the farm business and the farm family. It’s not just about environmental actions and profits. It’s a practice, rather than a product. The health of the farm and environment is comprised of economic, environmental, and societal values. The model rejects a purely profit-driven system.

Green manure is an interesting component of sustainable agriculture that can be important to anyone growing: a market gardener, a home gardener, or a large agricultural business. Market gardeners often aim to maximise production on a small acreage, and as such, they need to make the best use of the soil, while increasing the health of the land. Green manure is not uniquely used by small-scale market gardeners though. It can be used to increase production and health of the soil on large farms as well.

Green manure is really any cover crop planted for the express purpose of increasing soil health. There are many benefits to green manure, including increasing biomass, enhancing the soil, and providing mulch. It helps to draw down carbon while increasing soil health. Often these crops are grown with the intention of turning them into the soil, or, in the instance of strict no-till process, of allowing them to die down or be mowed down to become surface mulch that will become part of the soil without turning the soil over. Roots of the cover crop help support beneficial life in the soil, while aerating the soil and helping with dense or compacted soils.

Crops that have fibrous root systems help break down and aerate the soil, and prevent erosion. They hold water and prevent run off in floods. Good crops include buckwheat, grasses like oats, winter rye, barley, or some of the brassicas. When cut, they can remain on the surface of the soil as mulch, or turned in if tilling is practised. Cover crops used for green manure are often cut before reaching the seed stage, or planted to allow winter kill to shorten the life of the chosen crop.

Growing a cover crop as green manure can also add nitrogen to the soil. Plants need a lot of things, but often a lack of nitrogen is something that can severely limit the growth, health, and yield of the crop. Used as green manure through a cover crop, legumes can improve the nitrogen in the soil. They have nodules on their roots that house nitrogen-fixing bacteria. Legumes often used for cover cropping and green manure include lentils, peas, clover, alfalfa. All cover crops provide biomass to the soil, but legumes are relatively prolific.

Using a mix of legume and grasses for a cover crop is a good idea as it aerates the soil, provides ample biomass for either mulch or tilling in, and a good balance of carbon and nitrogen. Grasses also can enhance the availability of potassium, while legumes can enhance the availability of phosphorous. It is always a good thing to increase the organic matter of your soil. Green manure and cover cropping increases biodiversity, which is also always a good thing. 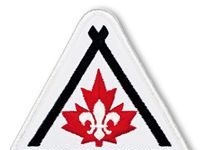 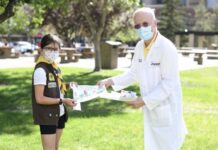