Scouts Canada announces the appointment of award-winning Canadian outdoor adventurer and survival expert Les Stroud, best known as TV’s Survivorman, as the organization’s new Chief Scout. Les was officially welcomed during a special investiture ceremony at Scouts Canada’s Camp Samac in Oshawa, where he also joined a group of excited Scouts in participating in a sneak peek of Scouts Canada’s winter outdoor skills challenge which will launch at the end of January.

As Chief Scout, Les will serve as an ambassador for Scouts Canada nationally and internationally, attend major events including jamborees and award ceremonies, share his outdoor expertise through interactions with Scouting youth, Scouters (volunteers) and parents, and serve as a role model to motivate and inspire young members to pursue adventure, discover their interests, and put their best foot forward on the trail and in life.

“I am incredibly honoured and excited to become Scouts Canada’s Chief Scout,” said Les. “I am inspired by the incredible passion and leadership skills young Scouts have and believe that Scouting is an ideal pathway to success in life. With the pandemic, it’s been a tough couple of years and what better place for Canadian youth to turn to for fun, adventure, new experiences, and awesome learning than Scouting? I look forward to contributing to this life-changing journey for many young Canadians.”

“Scouting is an adventure-based program and Les is the ultimate outdoor adventurer. His integrity, outdoor expertise, and genuine connection and respect for nature align with Scouting’s values and principles.” said Andrew Price, Executive Commissioner and CEO, Scouts Canada. “As our Chief Scout, he will play a pivotal role in enabling even more youth to get outdoors and discover their capabilities through Scouts.”

Scouts Canada and Les Stroud jointly understand the relationship young people can have with nature. Getting outdoors is a fundamental need for children, and it has a positive impact on mental health and physical wellbeing. Youth also play a vital role as advocates for preserving and protecting the natural world for generations to come.

“Being out in nature has always uplifted me, filling me with such positivity and great energy,” said Les. “Getting outdoors can be a powerful tool to help build resiliency, positive self-esteem, and a sense of curiosity and wonder. I look forward to encouraging more youth to experience nature’s benefits through fun adventures.”

Les is credited as the genre creator of “survival television”. Best known as the Canadian Screen Award-winning producer, creator, director, and star of the hit TV series, Survivorman, he is the only person in television history to produce an internationally broadcasted series entirely written, videotaped, and hosted alone. He has also appeared in, and/or produced numerous television specials, including hosting the 20th Anniversary of Discovery Channel’s Shark Week, I Shouldn’t Be Alive, and The Science of Survival. He is currently in production for his series Wild Harvest, the feature documentary La Loche, and the special Surviving Disasters on PBS and National Geographic.

Registration for Scouts Canada’s new year, January to December, 2022, is open now at Scouts.ca/Join. Scouting has safely continued with fun adventures throughout the pandemic through a mix of virtual, outdoor, and indoor programming. To ensure the health of the Scouting community, Scouts Canada implemented a successful five-stage Return to Scouting Plan that scales activity levels in accordance with the current direction of governments and health agencies, regionally and provincially. For more information, visit Scouts.ca/Covid19. 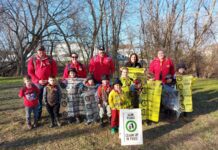 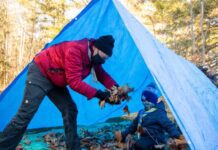 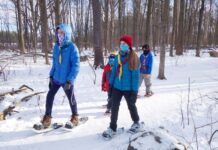