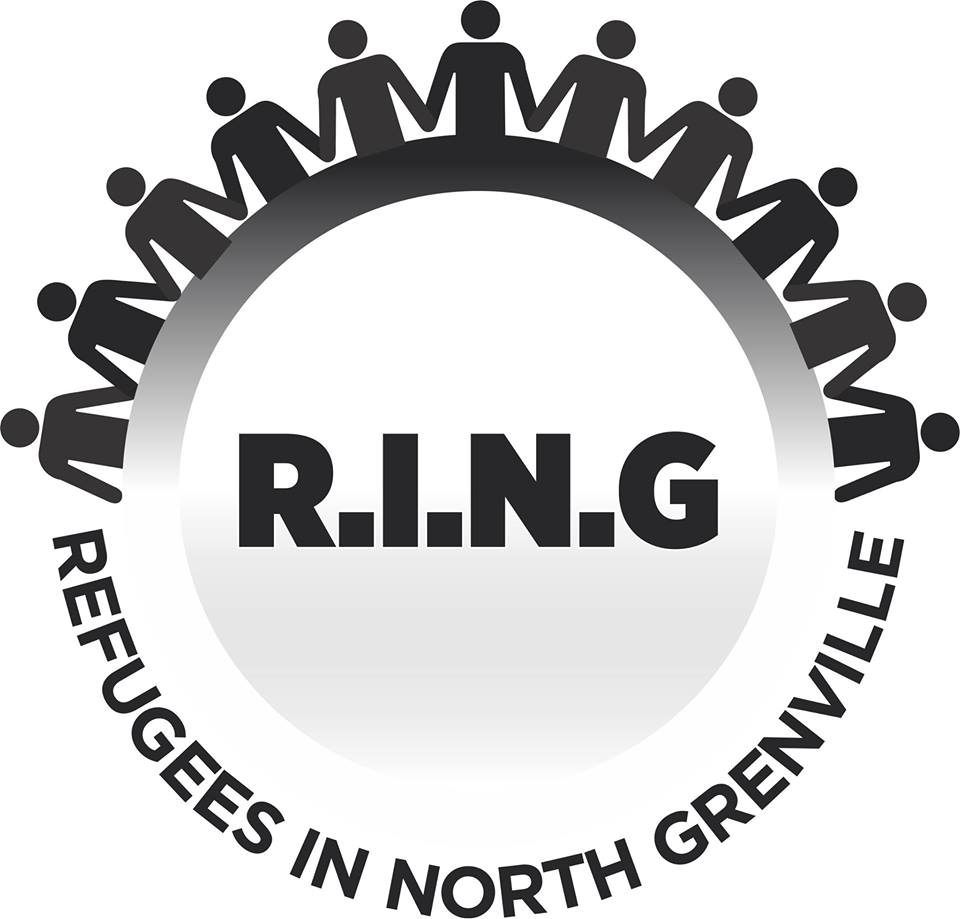 What began as a group of four local churches has grown into a non-partisan organization called Refugees in North Grenville (RING) that includes 11 churches, the Kemptville Lions Club and another community group called Assisting Refugees in Settling in North Grenville (A.R.I.S.I.N.G) which had already been formed by people living in Burrits Rapids and Bishops Mills.

RING is also being supported by World Hope Canada, an organization based in downtown Kemptville that is helping several similar groups around the country with the process of applying for, and getting ready to support and welcome, refugee families to their community.

Over the past months, RING has gone through the necessary steps of appointing an executive, creating a fundraising target and learning as much as they can about what is needed to take in refugees and help them integrate successfully into the community. Now they are asking the people of North Grenville to help support the initiative and open their hearts to families who are in desperate need of a safe place to call home.

“We’re looking forward to North Grenville banding together and offering the safety and the hospitality of our community to fellow human beings that are in huge need,” says Ken Gehrels, Vice-Chair of RING “We are encouraging people to be local heroes on a world stage.”

Ken says RING does acknowledge that there may be some fears associated with bringing strangers from overseas into the community. However, it is their firm belief that keeping Canadians safe is the job of the federal government and that their focus should be showing them “good rural hospitality” once they have been properly vetted. “Any concerns should be brought to our member of parliament,” Ken says.

Stephanie Gilmer, Executive Director of World Hope Canada,  believes that it is important to remember that the refugee families are just as (or even more) afraid of ISIS and terrorism as we are. The government also screens refugee families extremely thoroughly before they set foot on Canadian soil. “The likelihood of having a terrorist get through is slim to none,” she says.

RING’s initial fundraising goal is $50,000 which is what is needed to support two refugee families for one year or until they get on their feet. They are also looking for donations of hard goods and services like furniture, house wares, accommodation, transportation and ESL education.

We hope that the people of North Grenville will blow the roof off our fundraising targets,” says Ken. “The more they give, the more we will act.”

Although the municipality is not playing an active role in the initiative, Mayor David Gordon says that RING has his full support. “They’re doing it the way it’s supposed to be done.”

There will be an information and training session on Wednesday, January 20 for anyone who wants to know more or would like to help out. To find out how you can donate or volunteer right now, contact the RING executive at refugeesng@gmail.com, or visit their website, refugeesng.com.