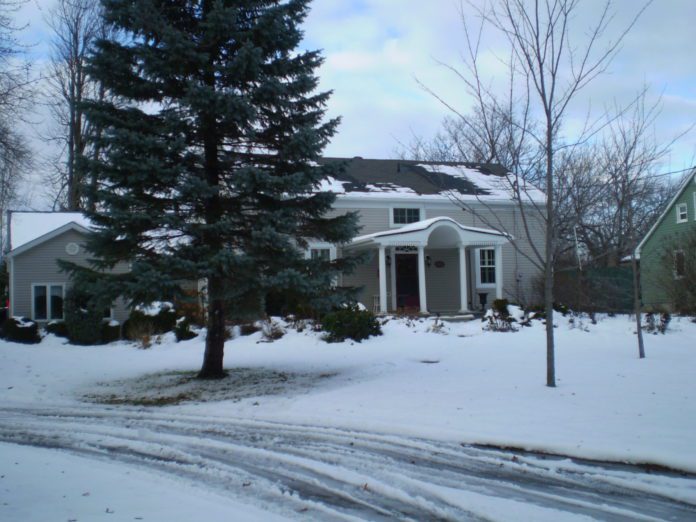 It could be said that the entire length of Clothier Street west was the Bottum estate, as it was part of the land originally granted to Elijah Bottum in 1802. During the American War of Independence, Elijah had been an Ensign in Jessup’s Corp of Loyalists, one of thousands who lost everything by taking the losing British side in that revolution. He was granted 1,400 acres in Oxford-on-Rideau Township in 1791, as well as another 1,00 acres in Augusta Township, so he landed on his feet, as it were. But as parcels of land in Oxford were sold off to settlers and the Anglican Church, Elijah’s son, William, maintained the family home and extensive grounds in what became the Village of Kemptville, coming to be known locally as “Squire” Bottum, a major figure in the social and political life of Kemptville for many years. William donated the land for St. James’ Anglican Church and cemetery in 1829. This house is all that is now left of the Bottum estate. It was built, according to tradition, by Elijah Bottum himself, and it remained in that family until 1928, when the last member, Hannah, sold it to Ross Ferguson. At one time, it was the only house standing between Kemptville and Burritt’s Rapids. Set back from the road, it is hard to imagine how it looked when it was alone and surrounded by gardens and hedges, the home of one of Kemptville two founding families. 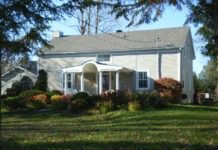