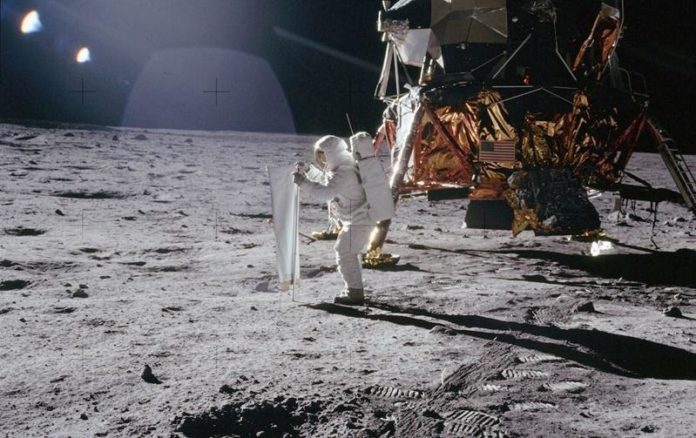 On July 16, 1969, the largest rocket ever built by human beings blasts off the launchpad at Cape Canaveral, Florida. The Saturn V rocket is 363 feet tall(112m) and weighs 3,100 tons. It arrives in lunar orbit on July 20, 1969, guided to the moon by the Apollo Guidance Computer(AGC), the first navigational device built for NASA to include integrated circuits and magnetic core-rope memory. Neil Armstrong and Buzz Aldrin stay on the moon for 21 hours and 37 minutes, collecting moon rocks and sending back the first radio and TV broadcasts from the surface of the moon. They blast off from the moon’s surface and successfully dock with Michael Collins in the orbiting command module and return to earth July 24.

To commemorate this 50th anniversary of NASA’s Apollo 11 landing on the moon, amateur astronomer Frank Hitchens returns to the North Grenville Public Library to tell the story of this amazing achievement.

Mark your calendars for Thursday July 18 at 7pm at the North Grenville Public Library.

Curbside pick up available at NGPL

What to do today or tomorrow?