Many of us have heard the terrible stories that have come out of the Indian Residential School system, but few have any idea of the daily life experienced by children in these schools, even the best of them. The Residential School which was located just outside the town of Spanish, on the north shore of Lake Huron was run by the Society of Jesus, the Jesuits, and was the first such school to offer High School classes to indigenous boys. Some of the graduates of the school became teachers, doctors, writers and artists. It had a very high reputation academically, and there has been very little evidence of the kind of abuse found in too many other such institutions.

But the challenge faced by the boys at Spanish were significant. Funding for the school was provided by the Canadian Government through the Department of Indian Affairs, and it was never, at any time, sufficient for the needs of the school. Every cent was accounted for, every blanket had to be begged from the Department, and this required the students to spend at least half of every school day either growing their own food, making their own clothes, or tending to the hens and gardens.

Financial support from the Department in 1934-35, to pick an example, amounted to 42¢ per boy, per day, while costs ran to 52¢. The Jesuits set up a bakery, using their own funds, to try and reduce the cost of buying bread from a local bakery. After trial and error, the bread produced was better than the bought bread, but no savings were made, in spite of the expenditure on the bakery. The extent to which the boys worked outside of their regular schoolwork is shown in the data on how much food was raised by them simply to feed themselves.

In fiscal 1937-38, more than $3,900 worth of food was produced, a large dollar figure for the time. In 1943-44, the school produced 6,086 quarts of milk, 2,044 pounds of pork, 4,456 pounds of beef, and 260 bags of potatoes, all of which was consumed within the school. That same year, the Red Cross visited the school on an inspection trip and found nutritional deficiencies in the food, owing to lack of funds and lack of facilities.

Remember, that all this work was being done by boys of 6-16 years of age during the hours when other children in non-indigenous schools were learning their lessons.

The meanness of the Department officials could be, and usually was, unbelievably callous. Just one example will do. On August 20, 1938, the Department was notified that Isaac Thompson was dying of tubercular meningitis and was only expected to live a few days. His mother had asked for his body to be sent home to Cornwall for burial, as she was not allowed to go to him before he died. The Department replied that her request had received “sympathetic consideration”, but went on to note that:

“I have to point out, however, that it is not the practice of the Department to send bodies of Indians by rail excepting under very exceptional circumstances. Bodies so shipped have to be properly prepared by the undertakers for transhipment under the laws of the province, and the expense of a long journey, such as this would be, would entail an expenditure which the Department does not feel warranted in authorizing”.

One wonders whether anyone other than Indians would have been considered worth the expenditure, and what the Department would consider the “very exceptional circumstances” that would allow them to send a dead boy’s body home to his mother, having taken him away from her free of charge to begin with. Isaac was taken to hospital at Espinola on August 10, and returned to Spanish on August 15. He died a few days later and was buried at Spanish. His grave, if marked at all, has a plain white uninscribed cross. The Department paid out $21 for the hospital visit and funeral.

A visit to that graveyard is depressing and sad, with so many little white crosses. How many others like Isaac never returned home? And this was possibly the best residential school in Canada. The experiences of children in so many others was traumatic, terrifying, and all to often fatal. Those who did get home again, often after years away, found they were no longer part of their community, or even of their family. Speaking English, they had forgotten their own language. They were strangers in their own homes. 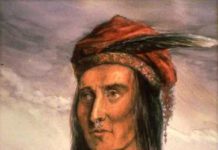