Beth Donovan Hospice [BDH] is offering a free educational seminar at the end of this month about the intricacies of grieving death by suicide. The seminar is being offered in conjunction with the Ottawa chapter of Bereaved Families of Ontario (BFO), which helps families in the Ottawa area deal with grief.

“Grief can take many forms,” says BDH Executive Director, Debbie Watt. “There are additional challenges and stress when someone has committed suicide.”

Debbie says that, when it comes to grieving suicide, many people suffer in silence because of the stigma that is attached to it. “They don’t want to make other people uncomfortable,” she says.

The purpose of the seminar is to increase knowledge around the issue of grief, the uniqueness of grieving suicide, and to let people know about the resources that are available in the community. It is information purposes only, and people are not expected to disclose the reason for their attendance. Debbie notes that, if there is enough interest, BDH would be interested in facilitating a grief support group in the future, where they would offer more personal support.

The speakers at the seminar will be Laurie Rail, the Executive Chair of BFO Ottawa, and BDH’s new Grief and Bereavement Counsellor, Lorrie Beaton. Lorrie has been hired to replace their current Counsellor while she is on maternity leave. “We thought it would be a good way to introduce her to the community,” Debbie says. 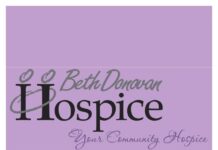 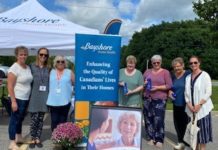