Within the last few months, locals have been turning to social media groups to voice their concerns about local scams. One concerning aspect of these scams is that scammers seem to be growing more clever in the use of technology when deceiving, which runs the risk of even the most alert individuals falling victim.

In one instance, a local resident attempted to warn others about a potential banking scam online. “They seem to be getting better, knowing my name, knowing what bank I’m with, and even being able to fake the official bank fraud line phone number,” the person wrote. “But I didn’t get a text, which I always do when there’s a weird charge, so I knew something wasn’t right. They say there was a large purchase for an airline ticket on my account and try and get your expiry date and card number.”

This type of scam is relatively simple – people are asked to provide their credit card details under the ruse of verifying their identity, when really the goal is to steal the numbers to make fraudulent purchases online. With scammers becoming increasingly able to hack into poorly secured online accounts such as email accounts, it is not difficult to go through and glean phone numbers, full names, and information such as who a person banks with. These details can then increase trust when a scammer makes a call, thereby making the potential victim more likely to fall for it.

Others have complained about unwanted solicitation at their front door. Many municipalities, including North Grenville, have by-laws prohibiting door-to-door sales without a license. The majority of legitimate companies should be aware of such by-laws, so it is safe to say that if the Municipality has not announced that a license has been granted, there is a strong possibility that a person selling door-to-door is a scammer.

The Municipality recently informed the public that Bell Canada has obtained a license to sell a new service in the community door-to-door. No other licenses exist as of the time of writing.

One relatively new scam is perhaps a product of the current housing market. It involves fake listings for rental properties, with deposits being requested by e-transfer. This scam is simple, because it is easy to save pictures and details from previous property listings for future use, and real estate agencies often leave their listings up after closure to advertise their ability to sell. Using downloaded pictures and information, it is easy to create a fake listing for a real property, pretending to be the landlord. With housing in short supply, and several applicants often competing for a single property, the pressure to make a commitment and send a deposit sight-unseen is a reality, even in the legitimate rental market, so it is easy to see how people fall for such scams and send money to scammers believing that they are making a deposit on rent for their new home.

Avoiding scams can be as easy as pausing and asking yourself some common sense questions. Would the CRA really ask me to make a tax payment with gift cards? Why can’t the bank employee on the other end of the phone use any other information to identify me besides my complete credit card details? Why is this landlord so adamant that I cannot go see their property before making a deposit? As scammers become more clever and ruthless, we need to adjust as well to ensure that we don’t become the next victim. 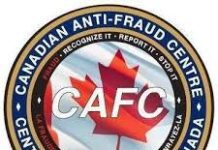 WATCH OUT FOR THESE SCAMS