Like every holiday season, Salvation Army kettles have been placed in stores throughout the Municipality to give the community an opportunity to support the Kemptville Salvation Army food bank during the season of giving.

Due to the COVID-19 pandemic, this year’s kettles are not manned by volunteers, which Salvation Army Director Calvin Wong says has caused a dramatic drop in donations. “The kettles are down about 70% this year, so we’re really nowhere near reaching our goal at this point,” he says.

COVID-19 has tripled the number of people using the food bank with the Salvation Army serving over 100 people every two weeks. Usually the fill-a-bag donations last them throughout the entire year; but 2019’s donations only lasted them three months once COVID started. This year they did not do the fill-a-bag campaign, so they are having to rely on individual donations and funding to fill their shelves. “People have been dropping off donations and there have been various other food drives that have brought in some, but we’re basically having to purchase everything at this point,” Calvin says. “We did receive some government funding, which has helped, but we are essentially purchasing everything now in order to fill the demand.”

The Salvation Army kettle campaign is the only fundraising effort that the organization does throughout the year. With government funding up in March, Calvin is worried that if they don’t raise enough with the kettles, they will have to scale back the service they provide to the community. Right now, they are able to provide fresh fruits and vegetables as well as extra food to make sure the people they serve have the nutrition they need. “I think the level of service will just not be able to be what it is now if we don’t have the extra income,” Calvin says.

Kettles are currently set up at Canadian Tire, Wal-Mart, LCBO, Food Basics, Independent, B&H and at the new Salvation Army Thrift Store. This year, donors have the option to drop cash into the kettle or tap their debit or credit card on the tap-to-give sign to donate $5 to the cause.

The services that the Kemptville Salvation Army provide are a lifeline for many families in need in North Grenville and the surrounding area. “They rely on us for just the basic necessities of food, so it really is essential for them just to be able to get them from paycheck to paycheck,” Calvin says.

Calvin also notes that the new Salvation Army Thrift Store across from B&H is now open with extended holiday hours. They are not taking donations until the new year, but it is a great place to shop for presents or any other holiday needs. “All the money that is generated at the thrift store stays local and 100% of that goes back into the community,” he says.

The Salvation Army kettle campaign will run until December 24. If you see a kettle while you are out doing your Christmas or grocery shopping over the next two weeks, consider making a donation. “We’re just asking people if they can spare $5 or if they can throw something in the kettle, we could really use the support big time this year,” Calvin says. 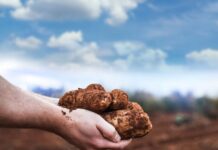 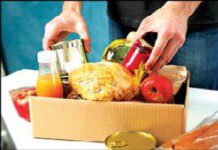 Knights of Columbus feeding the community