The World Economic Forum did a study on the 256 roundabouts in Indiana. This study was conducted from 2016 to the present, and has shown that roundabouts have reduced traffic deaths by 90% and reduced injuries by traffic accidents by 76%. Additionally, each roundabout saves $5,000 per year compared to intersections with lights. Based on this, roundabouts should be used instead of intersections, provided that drivers take the time to learn how to use them. 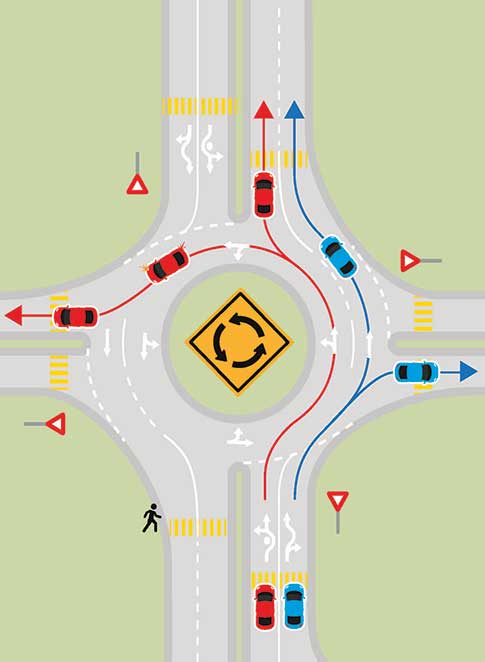 A social media storm erupted on Facebook recently, after a local resident posted a complaint about others not knowing how to use a roundabout. Other internet users voiced their own strong opinions, culminating in a full-scale debate, with dozens of comments, attempting to unravel the mystery of roundabout rules. The Times could no longer locate the original post of November 25, suggesting that it was deleted.

On November 24, a follow-up post was put on Facebook by a different resident, this one including a picture of the provincial guidelines for using a roundabout. Just like the original post, a debate soon started, with 66 comments posted as of November 25. Arguments ranged in character from civil to nasty, and focused on aspects of using a roundabout, such as using a turn signal, keeping a safe flow of traffic, and judging what a “safe gap” means when it comes to entering the roundabout.

Given the importance of knowing roundabout rules for drivers to be able to use the road safely, a brief explanation follows for some of these rules which appear on the Ontario website at http://www.mto.gov.on.ca/english/ontario-511/roundabouts.shtml.

“Stop if there are already vehicles inside the roundabout.” This is the whole essence of how a roundabout works. Cars already in the circle have the right of way, cars entering the circle must yield the right of way and only enter when the way is clear. However, one important thing to remember is that cars entering the circle are required to yield, which does not necessarily mean stop. If there are no cars coming, traffic can continue to flow into the roundabout at a steady speed of about 30 kilometres per hour. A roundabout does not work like a four-way stop.

“Enter when there is a safe gap in traffic.” This requires judgement on the part of the driver, but, generally, it means only entering when this will not cause another driver to have to react. For example, it is safe to enter a roundabout if there is enough of a gap that another driver will not have to brake to avoid you.

“Use your right turn signal” (to exit). Failing to signal an exit from a roundabout is not likely to cause an accident, since it will simply make traffic wait for you instead of proceeding. However, it can often cause a congestion problem, since it causes other drivers to wait unnecessarily when they could have entered the roundabout if they knew you were exiting. 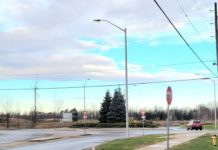 Scary incident at local roundabout has a silver lining 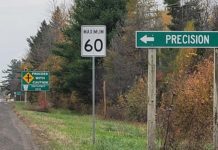 Not everyone loves roundabouts 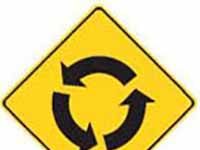