A very exciting approach to extending education at Oxford-on-Rideau Public School in Oxford Mills has been taking shape over the past few months. “Oxford on Rideau Tech (OoR Tech) is a tech club aimed at teaching the kids of Oxford on Rideau Public School, and anyone else in the North Grenville community who might be interested, the basics of robotics and code. We will officially start in September, 2017. As a preliminary start, we hosted an Hour of Code day at the school recently”.

When the school was put on the list of 29 local schools being considered for closure in the coming two years, parents organised and began a campaign to convince the Upper Canada District School Board [UCDSB] to reprieve their school. It is, after all, the only rural school remaining in North Grenville and the parents campaign developed a number of possible ways in which the school’s enrolment could be increased and the school itself more of a centre for learning for more than just the young students.

Although their efforts have, so far, failed to change the minds of the UCDSB, no-one has given up hope that the school might yet be saved. One of the innovative ways in which they thought this might be achieved was through the OoR Teach project. Brent Lekx-Toniolo, co-founder of OoR Tech, along with his wife, Katie, believes that this initiative could yet give Oxford-on-Rideau a viable future:

“Robots and code are the future, we believe the curriculum itself will become a main stay subject just like any other. Our efforts will attempt to offer a start to this movement by exposing teachers and children alike to the concepts as well as offer something different at our school that no other school in this area offers. So, we teach the kids how code and robotics work, help empower the teachers on the subject and help revitalize the popularity of the school.”

OoR Tech and the parents involved in the project are discussing with the school staff the possibility of beginning classes in September, with preliminary plans to open the classes to those outside the school at a reasonable rate at some point. The hope is that, starting in September, Oxford on Rideau Tech will be open one day per week, free of charge to all students of Oxford on Rideau, with the possibility of co-ordinate with an external industry professional to talk for a period of time with students. According to the group’s website,”[T]hey can explain what they do and why code/robotics is important for their job. Students will be encouraged to ask questions”.

OoR Tech would like to hear from you. “Are you a parent who has a child that attends a school other than Oxford on Rideau? Would you be interested in learning the basics of robotics and code? Let us know! We are also exploring opening our doors one evening a week to the public. We will be open to kids and adults.”

Jen Monk, a parent at the school, was very happy with the Hour of Code day which her daughter attended at the school. “I feel so fortunate that my five year-old daughter is learning this and will hopefully be learning this throughout her years at Oxford. This is clearly the way of the future and to have our children equipped and ready to tackle the ever-growing tech industry is so important”.

The Hour of Code™ is an initiative by Code.org to introduce millions of students to one hour of computer science and computer programming. Canada Learning Code is also a content user of the code.org initiative. Find information on Hour of Code at code.org and Canada Learning Code can be found respectively at www.hourofcode.com/ca, www.code.org, and www.canadalearningcode.ca.

Information on OoR Tech can be found at www.oxfordonrideau.tech. The group is campaigning to gain funding to purchase hardware for the kids, and they ask that you please consider visiting their gofundme page at www.gofundme.com/oxford-on-rideau-tech-2017-goals.

Oxford-On-Rideau will stay open for good 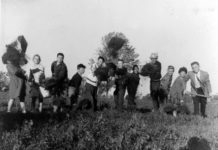 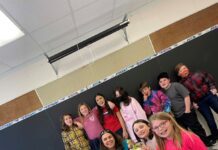