Established in 1970, the Rideau Valley Conservation Foundation (RVCF) has been working hard to protect and conserve the land and water of the Rideau River watershed. This year the RVCF celebrates a milestone — its 50th anniversary! RVCF is a registered environmental charity and prides itself on its partnerships with individuals, corporations, and groups caring for the local environment. It has been instrumental in raising funds and supporting in-the-field work of the Rideau Valley Conservation Authority. Since 1994, $6.6 million has been raised to support a broad spectrum of work — from tree planting to boardwalk building, water quality monitoring to land acquisition and, so much more. The Foundation thanks its partners, supporters, donors, staff, and its board of director members for their help, dedication, and support over the years and looks forward to the next 50 years of philanthropy and conservation work. To learn more contact DIANE at diane.downey@rvcf.ca.

The RVCF gratefully acknowledges Mary Bryden, former RVCF Chair who retired from volunteer service after 25 years as an active RVCF Board member. Mary was instrumental in updating the RVCF By-laws in 1995. In 2000, she was elected as Chair of the Foundation — a seat she held for ten years. This is just a small part of Mary’s commitment to conservation. Mary has been involved in watershed conservation efforts for over well over 40 years. Mary became an accredited member of the RVCA Board of Directors in January, 1980, as an appointed member of the Regional Municipality of Ottawa-Carleton where she held leadership roles until 2002. Thank you to Mary for her passion and dedication. We wish you well. 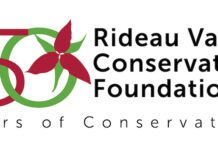 Give Dad the world this Father’s Day 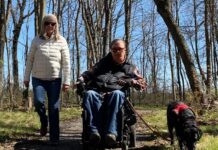 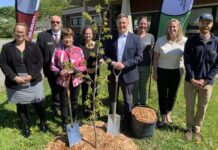