But,The Rideau Canal began as a military project which, fortunately, never had to meet a military purpose in its 190 years since Col. John By completed his assignment to turn the Rideau River into a navigable waterway for the transport of troops and supplies. whatever its original purpose, the building of the Canal changed completely the northern boundary of what is now North Grenville, and particularly the hamlet of Burritt’s Rapids.

Today, the Tip to Tip Trail runs from one end of the island on which most of the hamlet is located to the other. But before the Canal, there was no island, it is a man-made addition to the landscape. Before 1830, the Rideau River roared over the rapids below the present dam, providing the water power that allowed the community to grow up around grist and woolen mills. A bridge had been built across the river in 1824, the first to span the Rideau River. It had been built by Eli Hurd, and £100 had been granted for purpose by the Legislative Assembly. Hurd was actually only paid £50 and the Bridge Commissioners, Walter Gates and Henry Burritt, asked to use the balance of the grant to pay for a bridge between Wolford and Montague.

At that time, there was no island at all: where the canal flows today was a dry hollow or channel running almost a mile and a half parallel to the river. It is most likely that this channel was flooded each spring as the narrow passage of the rapids was overwhelmed by the high waters. But aside from that short period, the channel was a dry creek.

When Colonel John By was reconnoitering the route of the Rideau Canal in 1829, he noted this channel, which was called the Oxford Snie, and realized that it would make an excellent means of bypassing the rapids. By building a dam upstream from the settlement, the Rideau waters were backed up and forced down the Snie instead. Locks were built at the far end of the snie to control water levels in the new canal channel. Once the snie was flooded, the new island came into being, and the village of Burritts Rapids would grow up on the newly separated land.

This had not been the original plan for the canal at this point. Samuel Clowes, who had made a report on possible routes for the canal in 1824, had suggested that a canal be constructed that would bypass both Burritts Rapids and Merrickville, running west of the two settlements and rejoining the Rideau a couple of miles past Merrickville. What this route might have meant to the future of both communities, it is impossible to know, but their history would certainly have been much different

without the Rideau Canal. The work at Burritts Rapids was performed by Philemon Wright’s company. Wright was the entrepreneur whose timber business would lead to the founding of the city of Hull. The snie had to be excavated to provide a sufficient depth of water, and the banks of the Rideau and the new channel had to be raised to allow a higher water level behind the locks. In fact, aside from the locks at Ottawa and the last three lock stations before Kingston Mills, the excavations at Burritts Rapids were the largest along the Rideau system. According to By’s calculations, more than 7,600 cubic yards of earth had to be removed to build one dam and one lock. That is more than 205,000 cubic feet of earth, all moved by hand by poorly clothed and unskilled manual labour. Many of these workers were Irish or French Canadian, and the toll on these men was severe. Although there is no official record of the number of labourers who died building the Rideau Canal, it is accepted that the total was around 1,000. Many of those who died were victims of malaria, others from accidents involving dynamite explosions. Because the work was manual labour, workers also died when they had to dig out the deep roots of the old growth trees that had to be removed. On occasion, the entire root system collapsed on top of the men, leaving them buried underneath. It was a hard and dangerous project.

Walking along by the locks today, through the landscaped grounds by the canal, it is very difficult to think that all this is man-made, excavated by shovel and deposited by the wheelbarrow-load. And, of the men who did the work, some settled happily in the area, some moved on to Bytown, and others are buried in the McGuigan Cemetery, just down the River Road.

In addition to the new island, a high-level bridge was built very close to where the present bridge crosses the Canal to the island. Twenty-eight feet high, it was designed to allow large vessels to pass underneath as they plied the waters of the new Canal. The completion of the Rideau Canal began a period of rapid growth and development for Burritts Rapids. For the next thirty years, shingle factories, mills and hotels were built. Doctors, lawyers, surveyors and tailors set up in business there. At its height, in 1851, Burritt’s Rapids had a population of around 300, with three stores, three inns, and numerous tradespeople serving the traffic passing along the canal. It boasted saw mills, a grist mill, and a carding mill. It was only in the 1850’s, when the railways bypassed the village in favour of Merrickville and Kemptville, that Burritts Rapids began a slow decline. 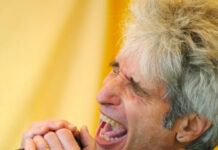 The Settlement that passed us by