The Quebec Conference of October, 1864 is where the famous 72 Resolutions were drawn up. These, in turn, became the basis of the British North America Act of 1867 which established the new Dominion of Canada. In spite of the importance of the Quebec meetings, very little is known about what actually happened there, as meetings were closed and confidential, no records or minutes exists of the deliberations, and it is extremely difficult to discover precisely what options and alternatives were discussed by the delegates. Even so, later memoirs and interviews have allowed us to catch a glimpse into the often serious debates and disagreements which eventually led to the 72 Resolutions as they were published following the conference.

One thing we know that was a source of dispute at both Charlottetown and Quebec, perhaps surprisingly for us, was the composition of the Executive Council. This is the chamber we know of as the Senate, and the main area of disagreement dealt with how many members each of the British American provinces would get. The Canadian view was based on the assumption that the Maritime provinces would unite into a single entity, a new Acadia, and so they suggested that three sectors, Upper Canada, Lower Canada and Acadia, would each have an equal number of seats in the chamber.

The possible inclusion of Newfoundland, which was not at first an official participant at Quebec, threw that calculation out, and the other three, new Brunswick, Nova Scotia and Prince Edward Island, particularly the latter, argued for a greater share for itself. The further problem was raised by the hope that British Columbia and the Northwest Territories (as it was then) would also join Confederation and require seats in the upper chamber.

Other serious questions revolved around the distribution of powers between the Federal Government and the local legislatures. The majority of delegates, as well as the British Government in London, favoured a strong central government and saw the provincial assemblies as glorified municipalities. There was also an awareness of how strong State governments had helped bring about the Civil War in the United States, and there was a determination not to repeat that mistake. However, both Lower Canada (which became the province of Quebec) and members of the Maritime delegations were intent on maintaining some form of government to reflect their historic, cultural and political traditions.

The solution reached was that powers would be divided appropriately between the two levels of government, with residual powers going to the federal level. This division of powers has remained an issue in Canadian politics ever since, with federal-provincial disputes over jurisdiction, and inter-provincial trade being two of the more obvious legacies of Confederation.

There was something ever more fundamental about this debate, however. In a political structure headed by a monarchy, where did sovereignty lie? Was the federal government more “sovereign” than the provincial ones? Which was the ultimate decision-making power, and in what areas? Once again, this was a question that dogged Canadian constitutional developments down to our own day. The challenge for the men who drafted the 92 Resolutions in 1864 was to establish a kind of government and country that had not existed before. Not following the American model completely, not a Republic, but a monarchy, and yet still having a completely different structure to that of the Mother Country.

The remarkable thing is that these few men, in just a few weeks in October, 1864, put together the design of a new nation with remarkably little conflict. We don’t know how some of them, men like George Brown and John A. Macdonald, came to accept certain aspects of Confederation, ones which they had vehemently rejected in public before Quebec. We don’t know what other options may have been discussed, what other kinds of Canada they could have brought about. But, ultimately, between the forming of the Great Coalition in June, and the conclusion of the Quebec Conference near the end of October, Confederation became a practical reality and a new nation was brought into being. All that was needed now, was to get the concept passed into law. And this meant a lot more work ahead.

Confederation, as a scheme, may have been ready in October, 1864; but it would face many obstacles on its way to the British North America Act in the summer of 1867. 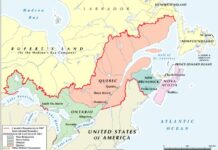 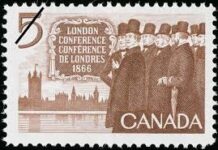