The council meeting of June 16 was officially Cahl Pominville’s last meeting as clerk for North Grenville (again). Cahl’s last day will be June 30, after staying on for seven months beyond his first retirement date in the Fall of 2019. “I call it retirement 2.0,” Cahl said at the meeting.

Cahl has been with the Municipality for almost 30 years – with some of those being spent on the other side of the council table. “The dark side, as I call it,” he said, chuckling. “It’s been quite a time, and I met lots of people. I hope I helped councillors over the decades through their meetings. I had a great time.”

Mayor Nancy Peckford thanked Cahl for sticking with the Municipality as they went through a period of transition earlier this year. “Much, much appreciation to you, Cahl,” she said. “You are an institution.”

The process of hiring a new clerk is well under way, but, while Mayor Peckford is confident that they will find a replacement for Cahl, she says he will never really be replaced. “Not certainly someone of your tenure and commitment to this community,” she said.

With council’s approval, Cahl hopes to continue to perform marriages in the community.

Almost symbolically, it was Cahl who ended the council meeting last week with the reading of their confirmatory bylaw. Closure on a long career, in which he has touched so many in this community. 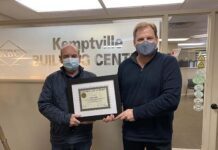 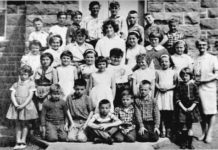 Thanks for a lifetime of service