In our most recent survey we asked you your opinion about what should be done to make County Road 43 a safer, more efficient main road.

It was one of our most popular surveys, which is not surprising, considering it is such an important road for everyone that lives in the area. It connects North Grenville, Merrickville-Wolford, and many other neighbouring municipalities to Highway 416 and has increasingly become the main street for new businesses and development in the municipality.

The survey asked seven questions which all had to do with safety and efficacy of the county road. There has been a long-standing plan to widen the road, which most people believe, according to the survey, is something that would be extremely beneficial in supporting the growing influx of people who use the road on a daily basis.

While most people said they feel safe driving along County Road 43, some people did say that there was no form of transportation that would make them feel safe using the busy road. Driving at night wasn’t an issue for 62% of respondents, but 38% say that they don’t feel safe, presumably because stretches of the road are not well lit at night.

When asked what people believe is most needed along County Road 43, 41% of respondents said that more lanes, sidewalks, traffic circles, streetlights, and beautification were all high on their priority list for street. However, if they could only pick one, more sidewalks would be the number one choice.

The municipality has estimated that all the upgrades along County Road 43 would cost around $30 million. While around six per cent of people said they would support the $30 million price tag, over 80% said they would support any cost that would make the road safer and more user friendly. Less than 1% of respondents believe that no cost should be incurred, as it is fine the way it is.

Overall, the survey suggests that the majority of people feel that there are many upgrades that need to be made to County Road 43 to improve the safety and efficacy of the road.

Unfortunately, all the proposed upgrades are largely dependent on funding from the province, which is something that the County and municipality has had no luck securing to date. While there are a number of reasons why this could be the case, the majority of people seem to think that it is being swept to the wayside because it is not one of the current government’s political priorities. A few people blame our municipal politicians for not being effective enough in advocating for the project, but more people reported they have no idea why something that is such an important part of the well-being of Leeds-Grenville as a whole has had so much of an issue getting recognition and funding from the province. 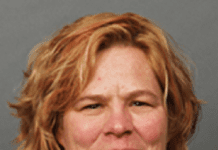 Ontario farm businesses working to adapt to a new reality