Residents of the Settlers Grant subdivision in North Grenville are spreading cheer in the community one driveway at a time. Debbie Amirault, who lives on Settlers Way, says her neighbour, Jennifer Morris-Stenhouse, first posted the idea of decorating the end of their driveways with chalk on their subdivision’s Facebook page last week. “I reached out and said why don’t we do it,” she says. 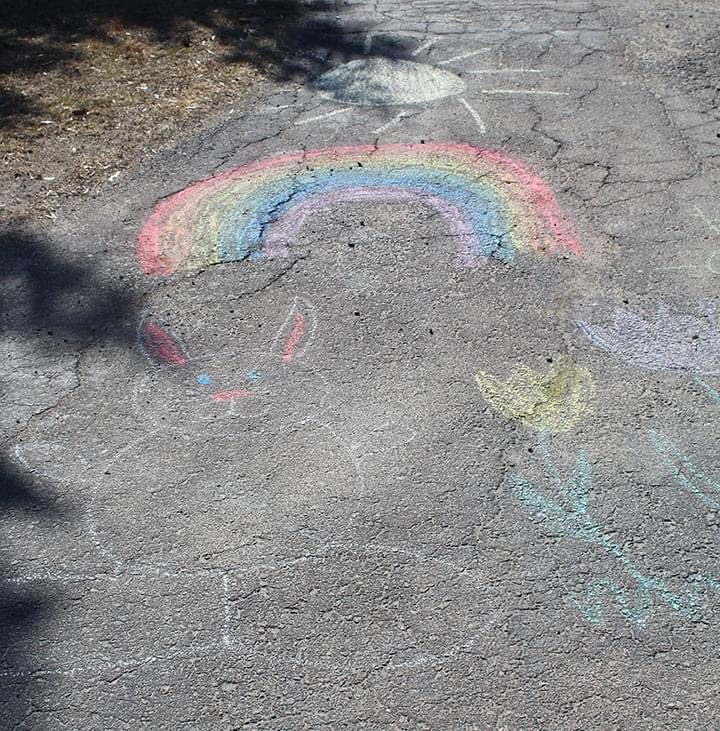 Debbie was the first one on her block to write an encouraging message on her driveway. She then left her chalk at the end of her driveway for anyone else in the community to use. By the end of the day last Sunday more than a dozen houses in her neighbourhood had decorated driveways. “This is something we can do in social distancing to brighten up someone’s day,” she says. 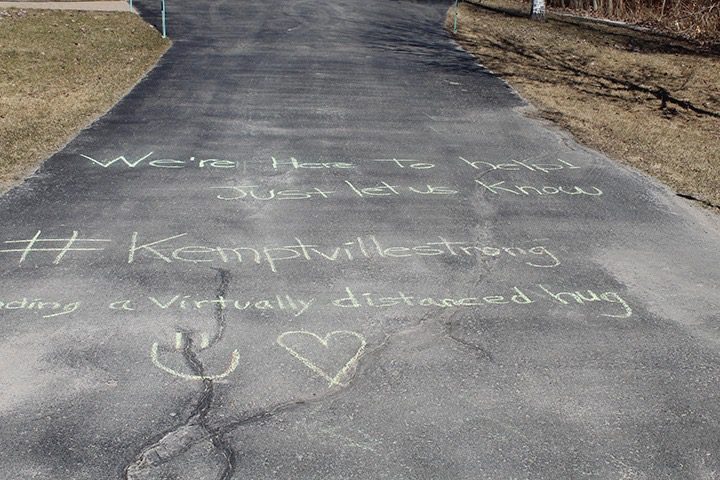 Debbie has seen lots of cars, and people walking, slowing down to look at the colourful driveways and read the messages of hope. “Although the world is full of suffering, it is also full of overcoming,” says one driveway, quoting Helen Keller. “Happy Spring,” says another.

Debbie is happy to be playing a role in sharing a little bit of brightness in all the doom and gloom. “We live in an awesome community,” she says. “North Grenville is incredible.”