supplied by the Rural Ontario Institute

In response to a protest over rural school closures at Queen’s Park that took place Monday, Nov. 21, a Senior Media Relations Coordinator at the Ontario Ministry of Education was quoted in the Toronto Star Nov. 20 as follows…

Heather Irwin, a representative for the Ministry of Education, said in a written statement that the ministry believes students deserve to attend the best schools possible. She said that the ministry provided more funding to schools in 2016 than 2015, “despite declining enrolment.” “The future of our communities depends on our children, and redirecting dollars from under-utilized schools to supports for students in the classroom is a measured approach that puts students first,” she said in the statement. She also noted that the ministry doesn’t have the authority to overrule school boards’ decisions on closures.

While ROI has not been provided the full text of this written response, it suggests a rather indifferent tone to the reality of living in small communities where rationalization of services is being driven by a funding formula concerned only with a narrow view of efficiency and not with effectiveness. Efficiency is about the cost, while effectiveness is about outcomes. Can we not look at this another way? The costs of school closures will be borne by the students who, by being bussed further, will be robbed of extra-curricular opportunities, time at home or time to play. The costs of school closures in communities with only a single school will be borne not by the school boards and the province, not by the public purse but by the parents that decide to leave for the sake of their children’s quality of life, and then in turn the costs will be borne by the local economy when those people of child-raising age leave town. And let’s also look at the meaning of utilization another way… are not the students attending a school with unfilled desks or classrooms still fully utilizing the place for their own education? The statement only gets the first part right…”the future of our communities depends on our children.” If indeed all students deserve to attend the best schools, the argument can be made that perhaps the best schools are the ones in your hometown.

In rather antiseptic language, the statement recognizes the consequences of a place-insensitive funding formula as a “measured approach” and then rather shockingly abdicates responsibility by suggesting the province cannot do anything about a structure and a system that they themselves have created. The Ministry and School Boards have been giving rural students short-shrift and redirecting resources to larger, urban schools and this has resulted in a poorer quality of education for rural students as the recent People for Public Education study documented. Also, by some estimates, close to 1/3 of the under-utilized schools in the province are in the GTA where closing a high school might imply a transit stop or two more for a teenager whereas closing the only school in a community has deeper implications. Are our political leaders and civil servants not sophisticated enough to understand this and come up with a funding formula that treats communities with a single school differently than the places with many? 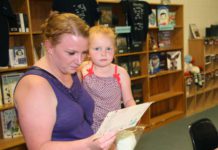