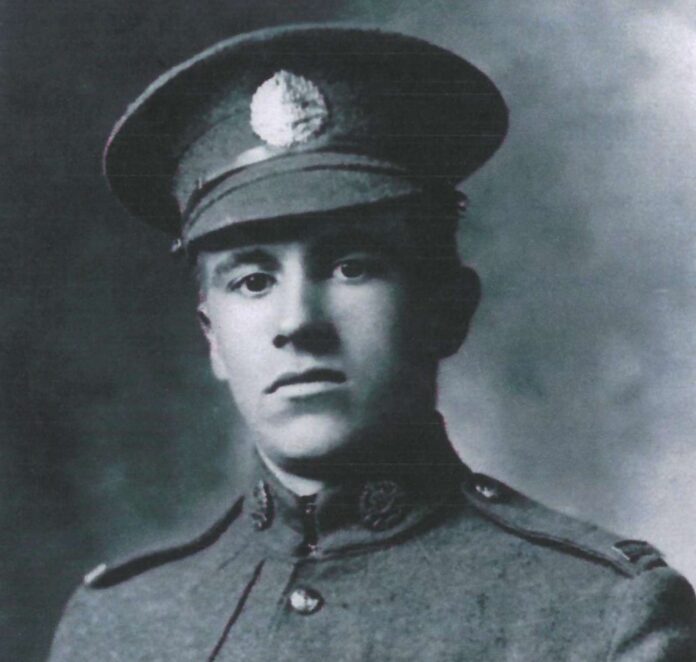 Ernest Davie was the son of William and Charlotte Davie, of Oxford Mills, a mail carrier by profession, who enlisted in the 20th Battalion, Canadian Infantry, on December 9, 1915. He was one of the very many young men who went from rural Ontario to die in France, aged just 18, on April 5, 1917. Ernest was of six such men from Oxford Mills to die in World War I. He had attended St. Andrew’s Presbyterian Church in Oxford Mills, and is buried in the Ecoivres Military Cemetery, Pas de Calais, France.