Premier Kathleen Wynne was touring Eastern Ontario this past Wednesday, after attending the Association of Municipalities of Ontario conference in Ottawa. On her first three stops, the Premier visited The Grove Nursing Home in Arnprior, Hummingbird Chocolate Maker in Almonte, and then got a guided tour of Downtown Almonte.

Her second last stop was to the Two Rivers Food Hub in Smiths Falls, to see what’s happening there with local food. Two Rivers General Manager and Kemptville resident, Bruce Enloe, gave the Premier a guided tour of all facilities and a full update on the programs and activities that take place at the hub. The Premier was previously the Minister of Agriculture, while also maintaining her role as Premier, and appeared particularly interested in the work being done, by the Hub. There were several local food producers using the facilities at the time of the tour and the Premier got to sample almost all of the food that was being prepared.

The final stop on the tour was the Kemptville Youth Centre [KYC], which only found out about the possibility of a visit on the previous Friday, and then got the confirmation on Monday night. The visit was scheduled from 4:30 to 5:30,and the Premier arrived right at 4:30, in a black Suburban, with two OPP officers acting as security and about six support staff members who were waiting on site for her to arrive. Also waiting for the Premier’s arrival were Merrickville-Wolford Mayor, David Nash, North Grenville Mayor, David Gordon, and North Grenville Councillor, Jim Bertram.

KYC Board Chair, Jennifer Franssen, and Operations Manager, Pat Henderson, greeted the Premier and, after several other introductions, the group made their way inside the Centre. Pat showed the Premier the extent of the facilities and the equipment, and told her all about the fundraising events and the youth programming offered at KYC. They stopped for a few minutes at the big KYC Legacy Tree, as Pat explained its significance and asked the Premier to sign the trunk, which she graciously did. On descending to the basement and being taken over to one corner, the Premier asked if this was where the dresses for the prom dress program were kept (apparently word gets around about this great sharing program).

Once back up on the main floor, it was time to head over to the craft table to do some rock painting. The idea behind the rock painting is to paint positive and inspiring messages on them and then put them in places where youth may see them. All of the youth seemed to appear from nowhere and sat down at the table with the Premier to paint. When finished, everyone displayed their rocks, as photos were taken of the group and their handiwork.

The end of the visit saw Mayor Nash ask the Premier to hop on his Harley Davidson motorcycle (which was parked very close by) for a few fun photos. His offer was accepted with a laugh and they climbed on the big bike with Mayor Gordon getting in on the act (and photos) too. It was quite the humorous moment, and a good way to end what seemed to be a very positive visit to KYC.

More future visits like this may help the Premier to see what great things North Grenville is capable of, and what its specific needs are (County Road 43, Kemptville College etc.), beyond the obvious need for lower electricity prices. 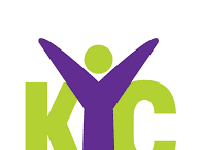 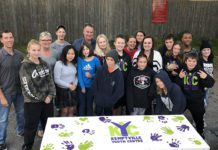