Residents of North Grenville have become quite used to seeing another new subdivision sprouting up around the Municipality with Kemptville adding to its size and population on a regular basis. But the latest development in the North West Quadrant is something bigger and of a different character to what we’ve seen before.

Last week, the ground-breaking ceremony took place for the new water treatment plant for Oxford Village, and the event provided new information about the project and its implications for North Grenville’s future. Phase 1 of the project is immense on its own: 99 single detached dwelling units, 183 townhouse dwelling units, 44 back-to-back townhouse dwelling units, and 72 multi-dwelling (apartment) units, making a total of 398 new homes. Oxford Village is the initiative of LA Developments Inc., co-owned by Gilles Brisebois, well-known in North Grenville for previous projects. Partnered with Gilles is Maxime Rémillard of Remdev Corporation Inc. of Montreal.

A development of that size will have a huge impact on the future of the community in general. The wrong type of development would be catastrophic in terms of overwhelming current infrastructure, for example. But speeches at the event last week indicated some positive elements for Oxford Village. The new water treatment plant is badly needed in Kemptville, and Gilles Brisebois pointed out that the new plant will be able to service over 5,000 homes, far beyond the limits of the Village itself. Furthermore, the quality of the water that has been found in the well at the plant is remarkably good and needs no treatment, other than to soften it, before being piped to homes.

The economic benefits of the development were also brought to the fore in his speech. In a very welcome departure from many previous builds in North Grenville, local firms and workers are being used, and these are jobs that have long-term potential. The stats cited by Gilles were also encouraging.

“5 million dollars of infrastructure being built, Oxford Village will bring an investment to the community in excess of 100 million dollars. The job creation and ancillary spending in the community will average $64,100 per housing transaction. Given these numbers, with 398 units in Phase1, we are looking at bringing approximately $25,511,800 into the community.”

The water treatment plant will eventually become the property of the Municipality of North Grenville, and Councillors John Barclay and Doreen O’Sullivan were on hand to take part in the celebration. Representing Mayor Peckford, who was absent following her family bereavement, John spoke warmly about the initiative that has taken over 18 years to bring to this point. He particularly welcomed the range of housing that will be made available at Oxford Village. Given the real problem around the lack of housing that is affordable for the average resident in Kemptville, John made the very powerful point that what is needed is not just homes for the owners of the coffee shop, but also for those who serve the coffee. What Council is looking for from developments like Oxford Village is more than just houses, but neighbourhoods, communities that are connected to one another.

The vision of Council will be incorporated into a planned new Guidebook that will lay out in detail the design goals and building standards that will be required in all future developments. Oxford Village, he believes, is clearly in line with that vision. Gilles Brisebois echoed that point in his remarks, as did Steve Clark, there in his capacity as M.P.P. for this Riding, but also noting his role as Minister of Municipal Affairs and Housing. He agreed that Oxford Village will be a game changer, as he put it, and is desperately needed to help with the housing crisis that exists in Ontario. Steve also emphasized the importance of the project employing so many local workers and firms, something he said other builders could do also.

The future of Oxford Village is likely to continue having an impact on this community for many decades to come. The fact that this development in the North West Quadrant actually plans to maintain 40 acres of wetlands and the wildlife already living on the site, is another step in the right direction after so much ecological loss in the Quadrant over the last decade. Farmland is being lost, of course, along with many trees, but the need for housing is urgent, and housing of the right mix. Oxford Village promises great things in that respect, and it is good to see a positive story being played out in Kemptville. 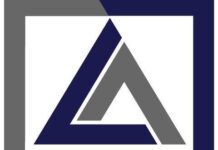 What would Kemptville be without growth?