2018 was a good year for the Oxford Thrift Shoppe, and they were able to meet their goal of donating $1000 to the Kemptville Youth Centre (KYC). Owners, Piero and Debbie, started out the year with a $400 donation to KYC, which is far more than the 20 per cent of their gross sales that they had committed to giving. They also have about $150 in their donation box, which brings the overall total to $550, roughly 25 per cent of their donation goal of $2,000 for 2019.

According to Piero, some of their more interesting donations of 2018 have been items like a parachute, full military uniforms, dolphin collectibles, and owl collectibles. They also have Slap Chops, CDs, DVDs, musical instruments, housewares, frames, old maps and magazines, as well as lots of costume jewelry, accessories and fashion items. “We are working on a manly mans section for outdoorsy stuff,” Piero wrote in a press release last week.

Follow the Oxford Thrift Shoppe on Facebook to learn more about what they are up to and about future community events where the public can come enjoy free music and refreshments.

Donations can be made directly to Oxford Thrift Shoppe at 2075 County Road 43, or in the donation bin at the back of KYC. Please note that they cannot take sofas, baby seats, mattresses and furnishings. 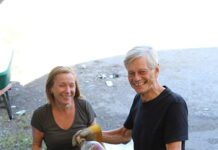 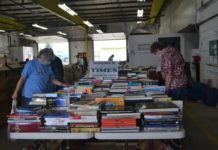 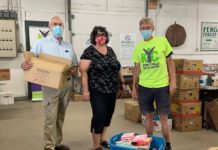