The Ottawa Renewable Energy Co-operative [OREC] held a meeting at the Tallman Room of the North Grenville Public Library recently, at which Communications Manager, David Mazur-Goulet, made a presentation. The purpose of the meeting was to provide information to interested residents about the current investment opportunity offered by OREC.

OREC attempted to cooperate with a local resident to build a solar garden project just outside Kemptville near the end of last year, but were unable to convince the North Grenville Council to give them a letter of support that would have helped them in their application process for a Feed-In-Tariff contract. Though municipal support was not required to go forward with the project, the resident decided not to proceed. This is not the first time that the North Grenville Council rejected an opportunity to either earn revenue directly from, or to show support for, green energy initiatives.

During municipal budget deliberations, Council was asked what they were doing to mitigate the increased energy costs because of higher hydro prices and the cap and trade program. Staff said that the municipality was making efforts to reduce energy consumption, and the recent street lightbulb replacement program would help to save electricity as well. When asked if Council had considered investing any money from the budget in generating revenue through a solar project, for example, so that more significant savings could realized, the answer was negative.

Council has been approached before about getting involved in a solar project. Most recently a presentation was made to Council about the possibility of putting solar panels on the roof of the North Grenville Municipal Centre as a way to generate revenue. This project was rejected by Council. In 2010, local company Eco-Gen did an extensive review of municipal buildings and made recommendations to the previous council on how to retro-fit buildings to be more energy efficient, and where opportunities existed to add solar panels, etc., so that the municipality could not only save money on energy costs, but generate its own energy and sell it to raise revenue. Once again, none of the recommendations were implemented by Council.

OREC is an energy co-op that is large enough to undertake a large project in partnership with the municipality, a project that could create significant energy savings and allow Council to re-distribute money within the budget for other priorities. The municipality could work with OREC to start a project where revenue generated gets shared between OREC and the municipality. Could OREC look after the installation and maintenance so that the municipality would have no additional expenses? It would be great if the two parties could get together and see what’s possible. Unfortunately, I have a feeling that the current Council wouldn’t consider it, based on recent history. Maybe a new Council after next year’s election would take a look. 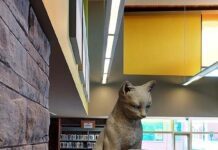 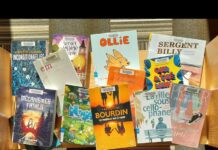