The Ontario Provincial Police, supported by the North Grenville Police Services Board, has become aware of an increase in residential break-in within communities surrounding North Grenville. Homeowners should be on the watch for any suspicious people or activity in your neighbourhood.

Have a trusted neighbour keep an eye on your home if you plan to be away, and never announce your absence on social media. Ensure that someone will cut the grass, and do not let newspapers or mail accumulate.

Deter potential criminals by ensuring outside lights work, and consider motion-sensor lighting. Lock all your doors and windows, even if you’re just going out for a short time. Install quality locks and a deadbolt on each outside door.

Avoid access by intruders – lock your vehicles at all times. Remove or secure valuables out of sight, even when parked in the garage, and store bicycles in garages and sheds. Trees, shrubs and fences create hiding spots for criminals. Keep your landscaping groomed and limit privacy fencing.

Keep all valuables in the home in secure locations. Consider recording serial numbers and taking photos of personal property for documentation purposes.

The OPP is asking anyone who witnesses any suspicious vehicles or people around a residence to contact police immediately. Note the descriptions of the people, as well as the vehicles, and, if possible, obtain a license plate.

Prevention starts with you. By working together, neighbours can make their community a safer place to live. Neighbourhood Watch provides a means of reducing the opportunity for crime to occur through the active participation of citizens in crime prevention. Citizens are taught how to make their homes less inviting to thieves, their personal property less desirable to burglars, and how to be alert to suspicious activity in their neighbourhoods. Because very few people are able to protect their homes all the time, Neighbourhood Watch provides a sense of security for individuals or families who leave their homes unattended for any length of time. The program also helps to coordinate the efforts of police and the neighbourhood, encouraging strong community involvement and unity, which can deter crime. By getting involved, residents can improve home security, get to know their neighbours, and learn what is suspicious and what to do about it.

If you are interested in setting up a Neighbourhood Watch Community, contact Constable Annie Collins at Grenville County OPP (613) 258-3441.

On July 25, shortly after 3:00 a.m., Ontario Provincial Police officers from Grenville County (OPP) were called to investigate two separate vehicle thefts. Two 2018 Silver Ford Raptor F150 pickup trucks were taken from two different residences. In both incidences, the car keys were still in the residences. Both vehicles are push to start. Investigation is ongoing at this time.

Distraction theft – appeal to the public

On July 23, at approximately 11:30 am, a female was paying for her groceries at a local store when she observed a male, approximately in his 50’s with a dark complexion, and a young female, appearing to be in her 30’s, purchasing a chocolate bar. When the victim was paying, one of the culprits crowded her.

When the victim exited the store, she went to her vehicle and put her wallet on the passenger seat. While she was putting groceries in her vehicle, two males approached her, one of the males she recognized from earlier. He distracted the female while the other male took her wallet. Both were described as having a dark complexion.

The males were then observed exiting the nearby bank, and money had been taken from the victim’s account. The three persons of interest left in a 2010 navy blue sport utility vehicle. 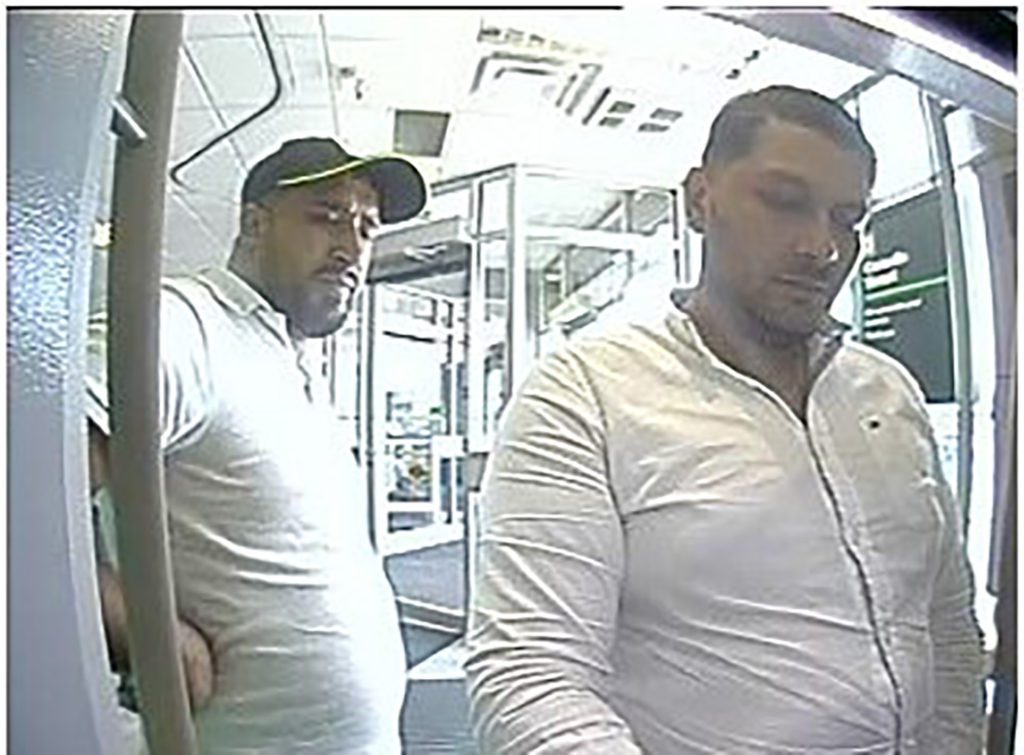 Any person with information regarding the person(s) responsible should immediately contact the Ontario Provincial Police at 1-888-310-1122. Should you wish to remain anonymous, you may call Crime Stoppers at 1-800-222- 8477 (TIPS), where you may be eligible to receive a cash reward of up to $2,000.