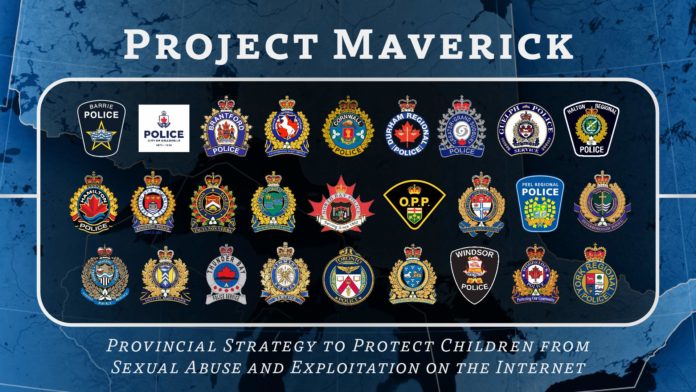 Hundreds of charges have been laid across Ontario, a snapshot of the work done by investigators and analysts that make up the Provincial Strategy to Protect Children from Sexual Abuse and Exploitation on the Internet (Provincial Strategy).

The results of the investigations completed in October, named Project MAVERICK, were announced in a video release showcasing members of the Provincial Strategy. During the month, the 27 policing partners conducted 255 investigations, completed 168 search warrants and seized 1,032 devices. In total, 428 charges were laid against 107 people. During the investigations, 61 victims were identified and referred to appropriate community-based resources for assistance, while an additional 60 children were safeguarded. There are 175 ongoing investigations where additional charges may be laid.

The video outlining the investigation is available on Twitter (@OPP_News), Facebook (@ontarioprovincialpolice) and youtu.be/S7SzSSlRmLk. A full list of charges for Project MAVERICK is included in the Addendum of Charged Persons that can be found on opp.ca/news/#/mediakit.

The investigations continue and anyone with information on these or any child exploitation investigations are asked to contact their local police. Report any instances of online child abuse to police or cybertip.ca. If a child is being harmed, call 9-1-1.