This year’s tournament is being held in memory of Lloyd Cowan, 1922 – 2017. Lloyd was born into a farm family in Metcalfe Corners where he spent his youth working on his family and neighbour’s farms. Lloyd later worked driving a truck for the City of Ottawa, delivered milk, waited tables and drove a taxi. He subsequently started his own Surge milking machine dealership in North Gower and later moved to Manotick where he built his home and shop. Lloyd was heavily involved with the Ottawa Carleton Plowmen’s Association and the International Plowing Match held in Richmond in 1983. Highly regarded in the farming community, Lloyd will always be remembered as a senior stateman of agriculture in Ottawa-Carleton.

The $125 per person early registration (prior to August 7) fee includes 9 holes, a cart, dinner, awards presentation and silent and live auctions. To attend the dinner and auction only is $50. Registration deadline is Thursday, August 9 and can be done online at www.emeraldlinks.com

In September 2001, the Ottawa-Carleton Plowmen’s Association and the Ontario Plowmen’s Association hosted Rural Expo 2001, The International Plowing Match in Navan. This event had two goals; to promote the agricultural community and to provide a lasting legacy to the community. As part of this legacy, supporters of the IPM2001 continue to raise funds towards patient care for Ottawa area hospital through this tournament. 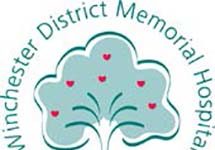