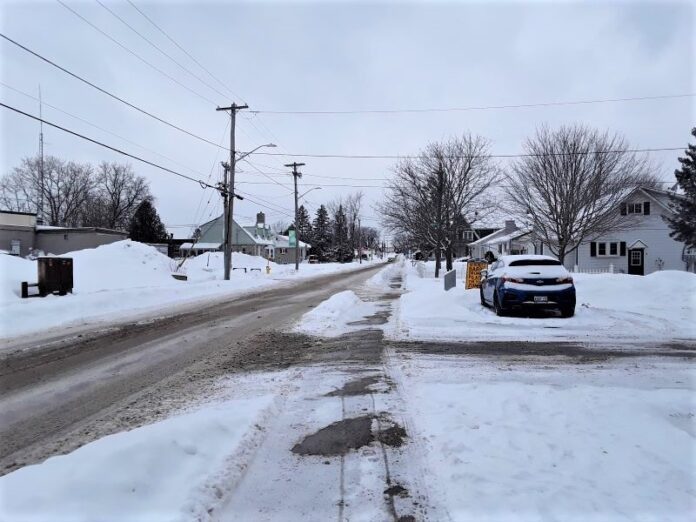 Over 200 years after its first annual publication, the Farmer’s Almanac is still trusted by many as a source for predicting seasonal weather patterns. This year, the Almanac is predicting a long end to winter, which many will find unappealing. A banner on the Farmer’s Almanac website reads, in reference to the rest of the winter season, “Grab your gloves: Farmers’ Almanac is calling for a frosty flip-flop winter ahead.”

Indeed, the rest of winter is predicted to have periods with mild temperatures, providing a so-called “false spring,” with extreme cold snaps to make things interesting. The Almanac has predicted that, in March, the spring-like weather that many people are hoping for may not arrive on time, with temperatures predicted to remain cold. While the publishers of the Almanac claim to have 80% accuracy in their predictions, which are based on scientific data, weather patterns are never certain.

How has the 2021-2022 winter season been, so far, for North Grenville? Several notable snowstorms have rocked the area this winter, including a major snowstorm on January 17 that was reported to be the worst to hit the region in several years. That week also saw a second dumping of snow on January 19, and very windy conditions throughout. More recently, on February 18, another winter storm hit the area, the day after heavy rains and warm conditions melted the snow from the previous storm. Last week, an episode of freezing rain occurred over two days, on February 22 and 23, followed by another dumping of snow and blowing conditions on February 25, creating unpredictable slippery conditions for both drivers and pedestrians which were still not completely cleared days later.

This winter has, therefore, been a messy one, and it is not over yet. On December 15, the Times reported that snow plowing businesses have been struggling this year due to rising insurance costs, and weather patterns have shown that such businesses are essential, especially this year.

Not all weather news this year has been bad. Consistently very cold temperatures in December allowed for the freezing of the South Branch of the Rideau River to revive an old tradition of outdoor family skating in Kemptville. Snowmobilers, sledders, and other winter activity lovers have also undoubtedly appreciated the extra snow this year. So, while commuters may see this year’s weather glass as half empty, there will always be those with plenty of optimism who see it as half full.