If you drive out to the quiet village of North Gower, you may miss the sign announcing a zoning change to a corn field by the 416 that, if allowed, will forever change the rural character of this idyllic corner of Ottawa. A 123 acre section of prime agricultural land on the boundary of North Gower, and not far from the regional middle school, is at the centre of a controversial development proposal. Construction giant Broccolini is requesting many zoning amendments to this parcel of commercial land in hopes of moving forward with major construction of 700,000 sq ft, 9 story  .

Residents are furious that major zoning changes are being rushed through without a serious study of environmental impacts or consultation with them. They are not against developing this property under its current zoning – but the massive zoning changes proposed go against provincial guidelines that state “rural development must be compatible with surrounding land use” and Ottawa’s Secondary Plan stating that “this site should be developed with minimal impact on the village”. Finally, the fact that the developer and the city seem to be working together against the will of the vast majority of the residents is turning the quiet corner of paradise into a political battle that city politicians cannot continue to ignore.

The proposed zoning changes would make the entire parcel of land Rural General and permit a mega warehouse. Moreover, Broccolini is asking to raise height restrictions from 15m to 30m. These proposed amendments, if approved, remove all respect for rural zoning. It is these proposed changes to the current zoning that have residents of North Gower up in arms.

There are many serious problems in the proposal that could create long term risks to the local environment and local residents. Water is a major concern. The proposed facility would be built in a non-serviced rural area and use as much ground water daily as approximately 250 homes, potentially affecting water quality and quantity in nearby wells. It might also contribute to flooding in flood prone North Gower, since plans are to dispose of used water to surface drains, and much of the site would be paved, producing flash runoff. The proposed warehouse location would cover up the main ground water recharge area, a hill on the property that would be preserved under the current zoning.

Traffic impact is another top concern for residents as local roads are already very busy with commuters and, in some areas that would be impacted, the traffic is moving at higher speeds. The large volume of extra car and truck traffic associated with the warehouse would create safety issues, particularly with school buses and large slow moving farm equipment on the roads.

While the City of Ottawa has been aware of this for some time, and the Developer has had months to commission studies and do conceptual drawings, Citizens have been only given weeks to prepare their presentation to City Council before it votes on the amendments.

The short comment period, lack of public consultation and inadequacies of studies such as the Environmental Impact Statement that was written based on several days of surveying under estimates natural values of the property.

This has concerned citizens scrambling to assemble as much information as possible on public opinion and impacts of a Mega Warehouse for the upcoming Council vote, and wondering will their voices be heard? Residents will be speaking at the upcoming ARAC Meeting on December 5. For further information, please contact James Graham (613-218-5095), or Gordan Kubanek at [email protected]. Visit the website: http://saynotowarehouse.ca 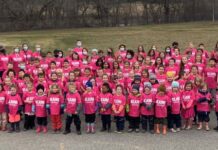 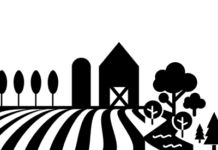