For many years now, the costs and demands of what is called Joint and Several Liability have meant that many of the events and activities which were once part of the community life of municipalities became impossible.

Under joint and several liability, a municipality may become liable for the full amount of any compensation granted by a court in the case of an insurance claim, even if the municipality is only partly responsible under law. There have been many examples in Ontario, which is one of the only provinces to operate joint and several liability regulations. One regional example is from an accident that took place in Ottawa in 2008.

A 20 year old man driving a SUV in Ottawa, went through a red light and collided with an OC Transpo bus at Heron and Riverside at around 2 o’clock in the morning. The driver, who had a blood alcohol level nearly three times the legal limit for a fully licensed driver, was killed, along with two of his passengers, both 19 years old. Two other passengers were injured. They had spent the night drinking in a number of pubs and got into the car with the driver who only had a G2 licence, which disqualified him from driving with any alcohol in his system.

The two surviving passengers sued the pubs in which they had been drinking, the City of Ottawa (which owns OC Transpo) and the estate of the dead driver. In 2016, a court found the City 20% responsible for the accident and awarded one claimant $2.1 million and the other $200,000. The reason the City was 20% responsible was because the bus was going 66 kilometres an hour in a 60 kph zone, and the driver had glanced away from the road as he approached the intersection to check his mirrors. The bus driver was a 27 year veteran of OC Transpo.

It may seem farcical that two young people would gain so much from getting into a car with a very drunk friend who ran a red light and caused the death of himself and two friends, but that is what happens under a policy called Joint and Several Liability, which states that all parties found in any way “responsible” for an accident are liable to claims. If other parties to the case cannot pay, then bodies like the City of Ottawa are required to pay the full amount of the award granted by the courts. In this case, the driver’s insurance payout was reduced from $1 million to $200,000 because he was drunk. The City of Ottawa had to pay $2.3 million altogether because the bus, going through a green light in snowy conditions, was possibly just 6 kilometres over the speed limit.

Back in 2019, both Premier Ford and Minister of Municipal Affairs, Steve Clark, committed themselves to review the insurance premiums levied on municipalities. Premier Ford stated: “We have heard your concerns about increasing insurance costs and the impact that these costs can have on property taxes, on municipal taxpayers and on the average Ontario resident. We heard your concerns about the liability chill preventing everyday activities in your municipalities, like activities as simple as tobogganing or street hockey. We need to make sure that the vulnerable injured people are fairly compensated. We will look at this evidence and develop a solution that makes sense.”

Steve Clark then sent out a letter to Ontario’s municipalities in which he repeated the Premier’s commitment to consultations and stated that he and Attorney General, Caroline Mulroney, would be announcing “details relating to the consultation process” in the near future. Nothing has changed since. At the Association of Municipalities of Ontario’s [AMO] annual conference held recently, neither politician made any reference to the issue, but AMO recommended that the province adopt a model of full proportionate liability to replace the system known as “the 1% Deep Pockets Rule”. It was noted that 65% of insurance premiums paid by municipalities goes to cover losses, with the remaining 35% to marketing, fees, and expenses. This severe drain on budgets has also placed a freeze on many community activities, as municipalities try to avoid any activity that could result in an insurance claim against them.

AMO is also running a pilot project with ten municipalities to creating a Risk Management Information System to investigate what is happening and what can and should be done to solve the problem. Joint and Several Liability is placing a severe burden especially on lower tier level municipalities, and taxpayers are either paying higher taxes to cover insurance premiums or else having to cancel traditional community activities because they can’t afford to pay the municipality’s costs to cover them with insurance. It would be nice if Ford and Clark would follow up on their commitments from two years ago. 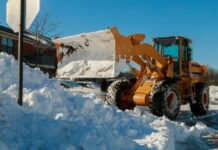