The Merrickville and District Trails Society presented a plan to Council last Monday to develop a new trail in Merrickville Wolford.

The Wetlands Trail will be a 1-3 km loop which will start at the Merrickville Public Library, following a boardwalk along the river’s edge to a viewing platform overlooking the wetland. The trail will then loop back directly through the fairgrounds. The viewing platform will overlook part of Rideau Migratory Bird Sanctuary, which is protected by the Government of Canada.

Timothy Allen, President of the Trails Society, says they are in the planning and permissions stage right now. The plans for the trail will have to be approved by Municipal council, the Rideau Valley Conservation Authority (RVCA) and possibly Parks Canada.

Tim says they’ve already had a representative from the RVCA out to the area to make sure there aren’t any environmental concerns (significant species, effect on watershed etc.) and there doesn’t appear to be. The next step is to draft a formal proposal for the RVCA which will come from the Municipality, since it will be on their land.

The Trail Society asked that $1,000 be included in the 2017 Municipal budget for the development of the Wetlands Trail. Council gave their verbal support for the project and the funding will be discussed during their budget discussions over the next couple months. 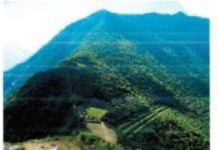