Nostalgic Folk singer-songwriter Laura Rae released a new single last week. “Pillow Lines” was released on June 10 by the artist, who lives in Dartmouth, Nova Scotia but grew up in Kemptville. The song is Laura’s fourth studio single, and the first for which she was the sole producer. Laura has a history of collaborating with artists from the local area, including guitar player Brandon Mooney, who is from South Mountain. In addition to Laura’s vocals and piano, her band features Brandon on guitar, Alex Keoughan on bass, and Mark Murphy on drums.

In a press release about the single, Laura describes her latest song. “Pillow Lines is a slow burn, a song about grief and the days, weeks, months after losing a loved one.” In addition to being Laura’s first song as sole producer, “Pillow Lines” also marks the first music video for which she was creative director. 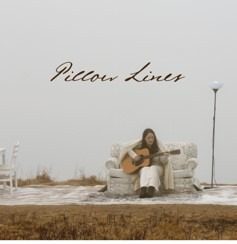 Listening to the song, I could not help but be moved by the increase in emotion as the piece progresses, even as the instrumentation and story do not change. Pretty acoustic guitar music moves the song along and provides a solid foundation for the emotions at play. The lyrics are very real, not fraught with complexity, but rather rooted in the simple struggle of grief, and the reality of needing to take life day-by-day and moment-by-moment after suffering a loss. The last line, “where we used to sit” ties the story together, while the music reminds us that the journey of grief is far from over as it fades away at the end.

Growing up in Kemptville, Laura took private piano lessons and attended French school until Grade 8, at which point she switched to St. Michael Catholic High School so that she could get involved with the Kemptville Youth Musical Theatre Company (KYMTC). It was at this point in her life that Laura began composing and performing original music. Laura moved to Ottawa to attend University in 2009, and then had a hiatus from composing and performing after moving to Halifax in 2014, though she always knew music would find her again, which it finally did in 2019 thanks to inspiration and encouragement from an old acquaintance.

To connect with Laura and hear her music, visit her website at http://www.laurarae.ca/. “Pillow Lines” is available on all streaming and download platforms. Laura will also be playing a show at LIVE! On Elgin in Ottawa on August 17. Tickets for that event are available at the door, or by visiting the venue’s website at https://www.liveonelgin.com/. 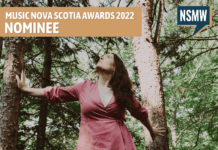 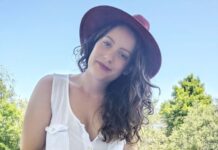