As with corporate offices, business ownerships, municipal Councils, and enterprises of every nature, things change, people move on, executive responsibility shifts to a new regime. This is the natural order of things – unless it is by peasants’ revolt, mutiny, or insurrection and the like. There has been no mutiny in Royal Canadian Sea Cadet Corps (RCSCC) Defiant here in Kemptville, but there has been an ordered, routine and appropriate Change of Command.

In a recent ceremony outside the Kemptville Armoury, the Pte. Blake Williamson Memorial Hall, presided over by Lieutenant-Commander Paul Fraser, CD, Officer Commanding Ottawa St. Lawrence Area, command of RCSCC Defiant was passed from Lt(N) Jay Tousaw to Lt(N) Chris Churchill. Now, almost everything that goes on in this life comes down to being about people. As a resident of Kemptville and North Grenville, what does this unaccustomed ceremony mean in terms of its “people impact” and why should it be of interest to you? People impact is often about volunteering to give back, to pay forward – to bring meaningful balance in our lives. In this case, it is about people contributing to the youth of the North Grenville region. Let’s look at the two people – the two naval officers – involved in this transfer of authority and responsibility for service to Kemptville’s youth.

Lieutenant (Navy) Jay Tousaw is well known in Kemptville, indeed in North Grenville. Back in an article in this paper last Fall, Jay’s more than thirty years of extensive and multi-faceted volunteer work for a wide variety of organizations was outlined in detail. For those who missed the article, among the organizations Jay served in leadership or executive positions, were the Bishop’s Mills Community Association, the Freemason Movement, and the Beaver and Cub Scouts programs. In earlier years, he served for two years with the Brockville Rifles Militia Infantry Regiment but in 2010, Jay volunteered to serve with RCSCC Defiant. Over the past ten years with Defiant, he has been actively engaged in every facet of this mentoring and training of young boys and girls from 12 to 18 years of age and has performed in every function. After two highly successful but challenging years in a COVID environment, Jay has passed command to his Executive Officer, Chris Churchill.

Lieutenant (Navy) Chris Churchill will be featured in detail in another article in the very near future so the account here of his career will necessarily be just enough to whet your appetite for more information on this interesting citizen. Like Jay Tousaw, Chris Churchill has an impressive history of volunteer work, much of it with youth and sporting organizations over the past twenty-two years in Kemptville and area. Born in Winchester in 1972, Chris has spent most of his life in the Ottawa valley and moved to Kemptville in 2000. He has a degree in Psychology (with a major in Child Psychology) from Carleton University in 1995. This, along with impressive credentials in a number of specialized service areas and his extensive experience with varied youth organizations, makes him extremely well suited to accede to his new responsibilities as Commanding Officer, RCSCC Defiant. More later.

Lt(N) Churchill is now actively engaged with planning for a safe and carefully managed return to in-person training and skills progression for the cadets just as soon as Provincial, Health Unit, Municipal and National Defence guidelines permit this to happen. 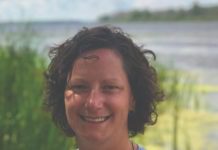 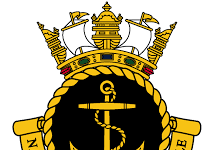 Who will step up?