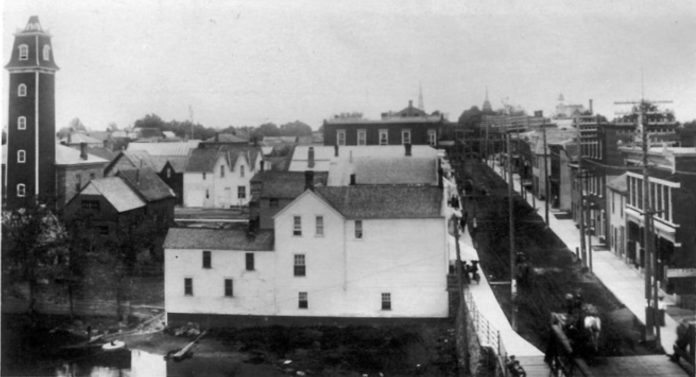 The North Grenville Council seems to have changed the traditional pattern of governing in this municipality, by working on the first four year financial plan in the 22-year history of the Municipality. A draft of the North Grenville Parks, Recreation and Culture Master Plan has been released, and this, also, is looking ahead to devise a policy on everything from heritage buildings to future design and use of our municipal parks. The Master Plan is expected to guide the Municipality of North Grenville’s future decision-making with respect to parks, recreation and cultural opportunities over the next ten years, according to municipal statements.

In addition to an on-line survey, which brought in the views of more than a thousand residents, there have been open houses to gauge public response to the draft plan, as well as to gather ideas from the North Grenville community.

The Draft Master Plan includes 86 recommendations, ranging from creating an Arts and Culture Development Fund within the Department’s annual operating budget to encourage development of new community-based arts and cultural projects, festivals, events and infrastructure, to working with local organizations providing recreational and cultural opportunities for older adults to ensure that there are active, social, general interest and creative opportunities, and that the collective is prepared for increased participation in the future.

Council have been faced with many challenges in deciding how to handle this entire portfolio, given budgetary limitations and priorities, and one of the solutions found has been to work in partnership with community organisations and finding outside sources of funding, such as Rural Economic Development [RED] grants. This source is being used to pay for capital repairs to the Court House on Water Street, the old Kemptville Town Hall.

In past years, previous councils have discussed everything from demolishing the building, to selling it do development. But it is an important part of our built heritage, and the municipality has been in talks with the North Grenville Historical Society [NGHS] to consider possible ways in which a partnership between the two bodies could make the building viable and useful in the future.

At the moment, the NGHS houses the North Grenville Archives in the old Council Chamber upstairs, while holding their monthly public meetings in the court room. The location is ideal for the Society, and attendance at their meetings increased four- or five-fold after they moved there ten years ago. One of the more interesting ideas, first suggested three years ago in a consultant’s report on the building, is to rebuild the tower which used to be attached to the Fire Station and in which the old fire hoses were hung to dry after use. This wooden structure was demolished in the 1950’s owing to its dangerous state. The new tower would house an elevator shaft, with a viewing platform at the top, which would provide a wonderful panoramic view over the entire town and surrounding area. This, it is felt, would give Kemptville a focus for visitors and residents alike and improve activities in the downtown area.

The Draft Parks, Recreation and Culture Master Plan contains many suggestions which, when implemented over the coming years, will transform the municipality’s approach to tourism, recreational opportunities, and public engagement. The Plan recognises that not everything can be done at once, and many of its recommendations will be phased in as time and budgets permit.

But it is an imaginative and creative initiative on the part of council, and, along with the 10-year budget planning, provides genuine hope for a better-run, and more efficient municipality for residents and visitors alike.