Mayor Doug Struthers says that the Village of Merrickville-Wolford is focused on supporting the entire business community through the COVID-19 pandemic. When everything shut down in March, the Economic Development Department at the United Counties of Leeds and Grenville identified several areas where businesses needed the most support. They found that most local businesses were looking for more information about provincial and federal support programs, as well as the waiving of late fees on their tax bills.

The Village has tried to address these needs by waiving late payment fees and penalties for residents and businesses connected to the water/wastewater system until the end of July. Council also decided to start charging commercial units the residential rate for water/wastewater usage, to help give businesses some relief while they were closed due to the pandemic. The 2020 budget was also revisited, and council reduced the previously approved tax increase of 3.13% down to 0.44% for both residential and commercial taxpayers.

Village staff have an active role in the County’s Business Support Working Group, providing tools, information, and resources to local businesses. Email updates have been sent directly to businesses from the CAO, along with posts on the municipality’s website and Facebook page. Mayor Struthers continues to be a participant in the Leeds-Grenville-Thousand Islands and Rideau Lakes Economic Recovery Mayors Alliance, which has been working to identify what kind of support might be needed for local business in the short, medium, and long term. “We are looking at ways to minimize adverse affects on businesses and set priorities for economic development recovery,” Mayor Struthers says.

That being said, Merrickville and District Chamber of Commerce President, Yves Grandmaitre, says that, from his perspective, the municipality hasn’t done enough to support the business community in Merrickville-Wolford. He says they were very quiet in the early days of the shut down, and while there was mention that their Economic Development Officer was working on a recovery plan, they have yet to see it. He says the business community also feels that the overall messaging from the municipality was for visitors to stay away. “I have received the same feedback via emails to the Chamber, asking if the village was open because of the municipal messaging beyond Merrickville-Wolford borders,” he wrote in an email.

He does say that, in recent weeks, there has been more messaging about county, provincial, and federal resources available; but little to no messaging about direct municipal support. If anything, Yves says, he would have liked to have seen the municipality reach out more to stakeholders, businesses, the Chamber, and Parks Canada to facilitate communication as things opened up. “We would all have been better prepared,” he wrote.

Regardless of previous messaging, Mayor Struthers says he is happy to hear from the Chamber that tourists are coming to the municipality and that business is crisp. He says the Village is working to make sure businesses know about all the public health guidelines for reopening safely, now that the province is about a month into its second phase of reopening. The Mayor is encouraged by many of the local businesses which have stepped up to the plate in terms of putting proper PPE, cleaning and sanitization practices in place. He says that, even though it has been busy in Merrickville, most visitors and residents are wearing masks, as mandated by public health, and are practicing physical distancing. “It’s comforting to know, as we move to stage two, that businesses as well as people are following the recommended guidelines.”

Mayor Struthers also wants to stress how important it is to support local businesses during this time. This includes restaurants and retail outlets in the village, but also the many businesses in the rural area. He encourages everyone to participate in a national initiative called “The Big Spend” on July 25, which is a one-day event encouraging people to buy local, designed to help revive Canada’s economy. “We know the significant value of our local economy and, in these unprecedented times, it is even more important to shop local throughout the whole community,” he says. 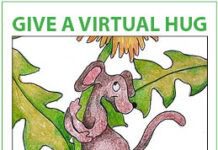 We really need a community group hug, right about now! 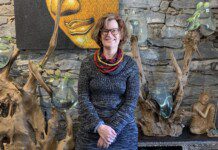 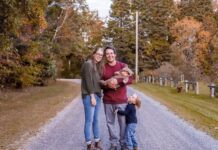