The Rural Ontario Institute [ROI] has published a report on the make-up of municipal councils in Ontario following the election of 2014. By having councillors and council leaders across the province complete a survey, and through follow-up interviews and group sessions, the ROI has provided a clearer picture of who actually runs for election, who gets elected, and how they approach the job. The results are interesting and help to explain the kind of municipal government we have in the province. A total of 606 councillors and heads of council responded to the survey, from the 444 municipalities in Ontario.

The basic finding was that: “Ontario municipal councillors are on average older, more predominantly male, less racially diverse, with higher incomes and more education than a typical cross-section of rural community demographics”. 75% of Ontario’s councillors and mayors are men, with men occupying 83% of the ‘heads of council’ positions. The median age for councillors and mayors is 60, relative to Ontario’s median age of 40, with roughly 70% of councillors falling between the ages of 50 and 70 and only 9% falling between 18 and 40. There is very little difference in these statistics between rural and urban councils.

In rural areas, 47% of councillors and mayors have completed a University level education, while 58% of urban members had done so. Although 26% of the provincial population self-identify as a visible minority, only 2% of rural municipal councillors contacted through the survey self-identified as such.

One of the more interesting statistics contained in the Report deals with the ease with which incumbents retain their seats at election time, and how difficult it is, as a result, for first-time candidates to get elected. The success rate for returning candidates in 2014 was 62%, while only 25% of newly-elected members were first-timers. In 19 municipalities in 2014, all of the candidates were acclaimed, meaning returned unopposed, amounting to 14% of all councillors in the province.

One of the reasons for this high percentage may be due to the experience of holding office of the incumbents, which gives them more confidence and knowledge when contesting an election. New councillors reported great difficulty in coming to grips with their new role, to a far greater extent than they had expected. It was difficult for them to exert influence on their council, when they were still trying to absorb the body of information required, such as existing bylaws, provincial laws and regulations, and even the way in which council meetings were conducted.

One councillor stated it boldly: “For the first two years you are useless. You’re learning how this whole thing works. Not to say that you don’t have any good ideas in those first two years, but you’re pretty much useless until you figure out how it all works.”
There were some obvious reasons for the predominantly older age range of councillors: including the fact that younger men and women are less flexible in time management because of careers, family commitments and other outside interests. Given the low rate of pay for municipal councillors, including here in North Grenville and in Merrickville-Wolford, younger individuals find it harder to treat council as a full-time job, and tend not to run for election. The Report notes:

“While there is a balanced debate on this issue, many councillors we spoke with feel municipal remuneration does not effectively compensate the time that is needed to be taken away from families and jobs, something that affects retirees less significantly. Family and occupational commitments and financial pressures are some factors that may deter younger councillors from running.”

The difficulties of learning their new role, of maintaining a balanced work/home schedule, as well as the demands on their time and energy, is only added to by the almost inevitable conflicts which the job entails. As the Report noted:

“A fundamental part of the municipal system is conflict – councillors come together as a group to discuss different issues affecting their community and make decisions to determine the appropriate actions to take for the municipality. Many councillors, male and female, have spoken about the challenges associated with a negative work environment on council. Relationships and interaction with constituents, fellow councillors and municipal staff have all created negative experiences and at times quite hostile working environments.”

The ROI Report suggests some solutions for the future, but this is certainly a first glance at the issue, and will require further research and study in the years ahead. But one recommendation is clearly important immediately: “a public education campaign that encourages greater public respect for the council role through an increased understanding of their responsibilities and capacities as indicated in provincial legislation”.
Next: Councils and the communities they represent. 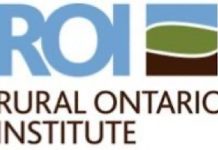