MPP Steve Clark was on hand last week to draw the final early bird ticket winner for a $500 KBC/RONA/Kemptville Interiors gift certificate in support of the Kemptville District Hospital Foundation.

The winner was Kemptville resident Sydney Pyfinch. She is the second winner of the two early bird prizes. The first one was drawn in September.

The grand prize for this KDH Foundation fundraiser is a $10,000 shopping spree for anything in the store.

Owner of KBC Eric Norenberg has donated both the early bird prizes,and the grand prize so that all the money from the ticket sales goes directly to priority equipment needs at KDH. Eric and his family have been avid supporters of the hospital over the years, and he says it is a cause that is close to his heart as a local business owner. “I like to keep philanthropic ties to the local community,” he says. 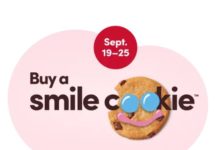