Today, I am writing a New Year’s wish. For my country. For my fellow citizens. It is a wish for well-being, success, and personal fulfilment in the personal context. And, in the context of a wish for my country, it is a wish for continuing success as the home of democracy, free-thinking and generosity of spirit.

Elements of my family have been in North America since 1660. Over the centuries, additions have been made to my family composition by people who immigrated to this continent. The first arrivals of family members in the 17th century were English and French. They laid the basis for the further developments which would come through population growth, social change and immigration. As years went by, my first ancestors in North America were joined by immigrants from Germany, Ireland and Scotland and my family grew. This process mirrored what was happening throughout North America.

Much more recently, as a young man, I fell in love with an entrancingly beautiful young woman from Austria who became my wife. Our life together was blessed with wonderful children who have grown to successful adulthood and are building their own lives. To me, this is the story of Canada in microcosm.

A Canadian by birth, with deep roots in Canada and in North America, meets a person who is an immigrant to Canada. Their lives blend. Their values, tastes, skills merge and reinforce each other. Each is stronger than they were before by the working of a transformative fusion of personal love and endeavour. Is that not a reasonable view of what Canada writ large has become? A welcoming country, where people have come from afar to join those who have made the country what it is today and are helping in partnership to carry it to even greater heights of accomplishment.

And what is Canada today? What has it become? At its best, it is a country where contending ideas may be discussed freely. It is a country where the individual is valued for her or his particularity. It is a country which values and encourages enterprise while, at the same time, being willing to offer a hand up to those who stumble, or those who are no longer able. When people ask who Canadians are, what they look like, or what they think, just look at those values. Our people hold them dear. That’s how you may know who is a Canadian.

Canadians have been making Canada who she is for more than 150 years now, continuing the work begun long ago in pre-Confederation days. The first people here built well, encouraging newcomers to join them in nation-building. Immigrants over the years have indeed come to help hold the torch of Canada’s ideals high as well as enriching them with new ideas and new vigour. Canada’s story on the human scale is, to my mind, the greatest in the world. But then, I am biased. On the other hand, I’ll bet my old American Dad would agree with me if he were here. I know Sonja, my wife, would.

And so, I say ‘Happy New Year’ Canada! Bonne Année, mon Canada! I love your freedom and your sense of fair play. I love the ideals which are the basis of your spirit. And I wish you continued success in growing into an even better representative of what is best in human society. I hope that every citizen, whether born here or an immigrant from afar, will join me in that wish! 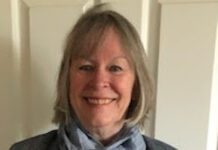