We were just watching the Christmas Parade in Kemptville when one entry caught our eye. When we asked the woman walking the parade what the story was, she said something which made us want to find out more. Tanya is the mother of Mya, a 10 year-old girl who attends Holy Cross school and is suffering from “NF2”, known formally as Nuerofibromatosis 2. What Mya has gone through because of this condition is astonishing. We spoke with Mya’s step-father, Craig Gerlach, and he told us something about what Mya has gone through.

“Mya has over 30 tumours in her body all on nerve endings, which makes them extremely difficult to operate on, the majority of which are in her brain and on her spine. She has had a major brain surgery to remove a 5cm x 5cm x 10cm mass attached to the bottom of her frontal lobe which changed her personality and has also created some difficulties with learning which we work hard to help her overcome as best we can.

NF1 affects 1 in 3000 people while NF2 affects 1 in 30000 people, meaning NF2 research will be about 10 years behind NF1 or at least this is what has been explained to me by people in the research community. All people with this disease and their families go through phases of hope and despair with a lot of prayer thrown in. Treatments are limited, somewhat archaic, and good doctors who have any background in NF are almost nonexistent.”

Craig and Tanya have been with Mya through an average of two appointments a month to see her many doctors, such as ophthalmologists for her vision loss, neurologists for the tumours which are now causing hearing issues and have forced her to wear hearing aids and will force another surgery in the future, ears nose throat specialists again for various ailments tumour related, she has a psychiatrist at CHEO they see regularly as part of the disease, and life experiences have caused an extremely high level of anxiety. These are only some of her team of doctors that they deal with.

Craig and Tanya have a deep love and respect for Mya, as Craig was quick to point out. “I am blessed to have Mya in my life. She is an awesome 10 year old girl who melts my heart everyday with her charm and demeanor”.

Mission for Mya is a Facebook page that Tanya set up in an effort to raise awareness for this rather obscure disease. Tanya and Craig feel a bit helpless because there is really no research specific to NF going on in Canada. Craig is the Treasurer of NFON (Neurofibromatosis Ontario), an organization which rallies to bring awareness to the province and raise funds for research start-ups, along with organizing several annual events which bring the NF community together, including a camp usually the beginning of September.

There are so many people suffering so much in our community, but Mya, Tanya and Craig are trying to handle a bad situation with grace and love, and deserve every support their friends and neighbours can give them. 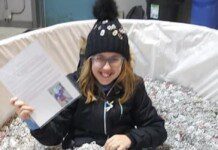 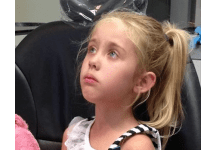 Mission for Mya looking for tabs