After a 17-year run, the Merrickville Car Show “Cruise & Shop” has been cancelled. The show, which was one of the largest in Canada, brought thousands of visitors to Merrickville every year.

In a presentation to Council in 2017, Doug Struthers relayed the results of a survey done by the Car Show organizing committee that showed how much of an economic driver the show was for the town. Most business owners reported that the Car Show was one of their busiest days of the year. They estimated that they had about 800 cars participating in the show last year, drawing around 5,000 people to the Village.

Not only did the show bring much needed tourists to the Village, it also raised money for many local organizations, including the Merrickville Fire Department, Merrickville Lions Club, Merrickville Daycare, and St Anne’s Church.

In a statement sent The Times, the Car Show organizing committee says they would like to thank all the people who supported the show over the years. “Every one of you made the Car Show a huge success. Year after year, the support has been unbelievable!”

Putting on a show of this size is no small task, and the organizing committee would also like to thank all the volunteers, merchants and restaurants of Merrickville, as well as the local charities who provided the show with food stands. Parks Canada was also instrumental in providing the perfect spot for the show along the Rideau Canal, and all the help of the Village staff was much appreciated.

It is unfortunate that such a popular and well-attended show is being cancelled.

Merrickville-Wolford depends on its events in the summer months to attract tourists to Merrickville and to introduce newcomers to the Village. There had also been a possibility that the Motorcycle Show would be cancelled this year; however, with the help of the new Merrickville United Arts Centre, it will be held on June 24.

The reason for the cancellation of the Car Show has not been confirmed. However, there is no doubt that it will be missed by the people who came from near and far to take part in the show every year. 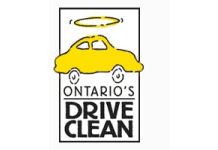