The air was full of energy and enthusiasm at the Merrickville Community Centre last Wednesday evening for the public information session organized by Merrickville Bridge to Canada, the community group which has pledged to bring a family of Syrian refugees to the community.

The meeting was led by both the Chair of the group, Audrey Bridge, and Vice-Chair Jacques Pelletier. Deputy Mayor Anne Barr was also there to show the council’s support for the initiative. “I want to express my admiration for these individuals who saw beyond the barriers and are stepping up and giving us, as a community, the opportunity to make a difference in the world.”

Merrickville Bridge to Canada has partnered with many organizations in order to make the process of applying for and welcoming a refugee family as seamless as possible. Stephanie Gilmer of World Hope Canada is  working closely with them to ensure they have the right organizational framework, as well as liaising with the sponsorship agreement holder, who will eventually be the one sending the fully-vetted family they select their way. The program that Merrickville Bridge to Canada is taking part in is a blended private/governmental sponsorship, where they are responsible for covering any start up costs (roughly $7,000) and half of the $20,000 that has been deemed necessary to support a family for one year. “Canada is the only country that has this type of private sponsorship program,” Stephanie says proudly. “Nothing can beat a community welcoming a family with open arms.”

Audrey says that the group has been extremely happy with the amount of support they have received from the community thus far. Apart from the Merrickville-Wolford Council, they also have MPP Steve Clark, The Legion, The Lions Club, The Library, RBC and Fulford Academy on board. Rideau Community Health Services have also been a huge help and will be ready to offer medical and dental services to the family once they arrive. Audrey says they have even identified potential employment for an adult male, should he be able to perform manual labour. “We thought it was important, because it can be very disheartening for a man of a household not to have a job.” Audrey says. Temporary housing has also been secured, as Audrey and her husband Kevin have decided to open their home to the family until they can find appropriate permanent lodging.

Merrickville Bridge to Canada has also partnered with other groups like Refugees in North Grenville (RING) and Community Alliance for Refugee Resettlement (CARR) in Perth, both of which are much further along in the process. RING has just finished applying for their second family, while CARR has successfully welcomed their first family into their community. “We’ve really adopted them and feel quite protective,” says Doug Bert of CARR.  Representatives from both groups were at the meeting to show their support and offer advice. Audrey says that Merrickville Bridge to Canada is hoping to use their knowledge to make the process as smooth as possible.

The group has organized itself into working committees, who will look after the various needs of the family including, medical care, documentation (OHIP, SIN etc.), education, housing, transportation, employment and social orientation. They are looking for anyone who is willing to help out in any of these areas, as well as individuals or groups who want to contribute to the fundraising effort. Audrey says their goal is to raise $20,000. To donate or get involved visit www.merrickville-bridge.ca. 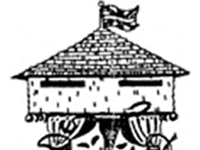 Merrickville Bridge to Canada to host a Syrian family